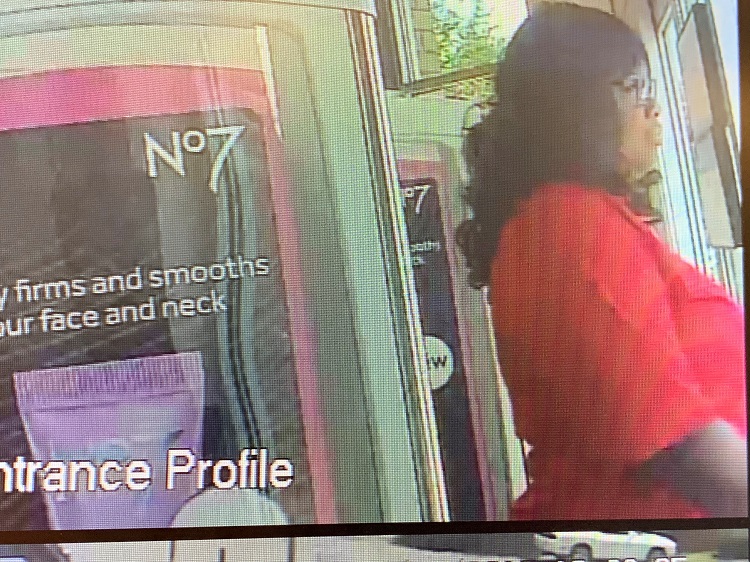 Murfreesboro Police are asking for your help in identifying a suspect who reportedly stole the wallet of a customer at a local department store.

The wallet was taken August 17th from the customer while shopping at Ross Dress for Less on North Thompson Lane.

The woman, seen in surveillance photos we have at WGNSRadio.com, reportedly distracted the victim by asking her opinion about outfits. All a ploy to take the victim's wallet.

MPD detectives need your help identifying the women who used her bank card at an ATM. Contact Det. David Harrison at (615) 893-2717.