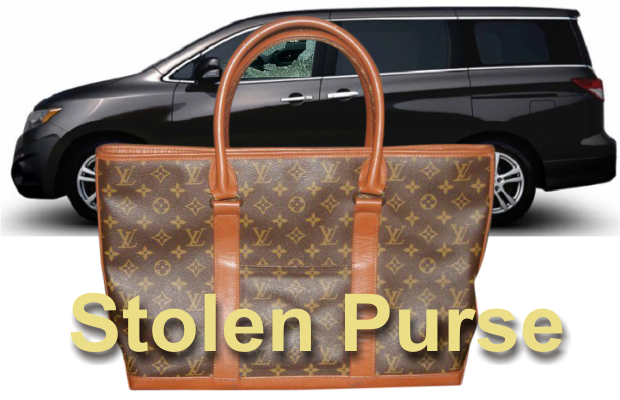 A stolen purse led to a fraud case in Murfreesboro.

Evidently, a woman left her purse in her minivan at the North Thompson Lane Greenway Trail head and went walking. While on her walk, unknown persons shattered the window of her vehicle and stole her $2,000 Louis Vuitton purse.

20 Minutes after the theft occurred, the thief used a credit card from the wallet inside the purse to make a purchase at Kay Jewelers inside the Stones River Mall. So, police immediately headed to the mall to speak with the staff at the jewelry store.

According to the salesperson who waited on the subject, the culprit was described as a white female who stood about 5-foot 4-inches tall. She appeared to be in her mid 40's and had what was described as a "Husky" build. She was also wearing sunglasses and a ball cap. The clerk told authorities the woman bought a gold necklace for $878.

After the jewelry purchase, the subject headed to the Marathon gas station and spent $54.

At this point, the subject has yet to be caught.