Woman accused of hiding multiple baggies of marijuana inside herself 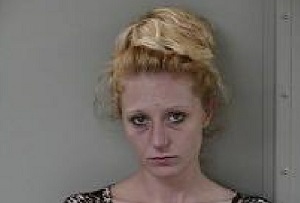 Police realized the female was wanted when they ran a quick warrants check on Lynch. While authorities were transporting her to the local jail they asked if she had anything illegal on her person. That was when she told police that she had some marijuana stuffed inside of her.

Once at the Rutherford County Sheriff's Office, she was met by female booking officers who stood by as she pulled multiple baggies of marijuana out of herself. She was charged with felony sale or delivery of a schedule six drug.

Lynch was booked and later released after posting bond. She is due in court on January 28, 2016.