Woman arrested with felony amount of synthetic marijuana in Murfreesboro 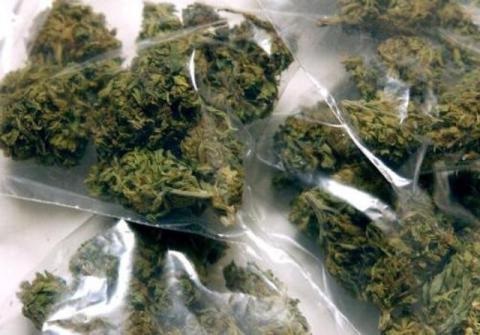 A simple seat belt violation led to the arrest of a Murfreesboro woman accused of possessing a felony amount of synthetic marijuana. 29-Year old Lauren Morrow was stopped by police on Maney Avenue.

When officers approached Morrow, she told police her license was suspended. When asked for her insurance and registration, she inadvertently pulled out paperwork with a bag on top of it that evidently looked suspicious. When police searched her car, they found several sandwich bags of synthetic weed. A digital scale was also found in the vehicle.

When questioned Morrow told officers, "She sells the synthetic marijuana by the gram for $30." She further advised that she orders the synthetics from a website. The report went on to state that she also buys "synthetic moma" as well. The report showed, "Ms. Morrow stated she buys synthetic moma by the kilo for $1,400 and sells it by the ounce for $600 to $700 depending on the person."

Because the traffic stop was made next to the Head Start School on Maney Avenue, additional charges could be filed because she is accused of bringing drugs within 1,000 feet of a drug free school zone.

Morrow was charged with a felony possession of a synthetic cannabis. She will appear in court this December.

Arrested with Morrow was passenger Jamie Woods, age 31. She too was charged with a felony possession of a synthetic cannabinoid. Woods court date has not been set.

Read about the dangers of Synthetic Marijuana HERE.