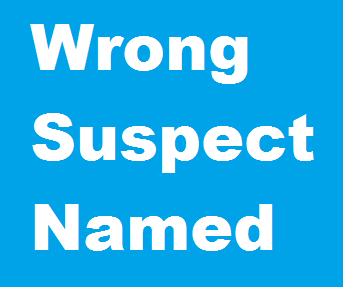 The Tennessee Highway Patrol initially named Demario Watkins as the man who caused a fatal crash on South Church Street after a multi-county chase.

The crash happened Friday afternoon and the name released late in the evening. However, it wasn't until around 8am Saturday morning that the information was corrected to Garieon Simmons, the real suspect's name.

While the T-H-P says they're looking into the misinformation, we've learned the family of Watkins has secured legal counsel in an effort to make sure his name is cleared. They say he was working from 2pm until 2:30am, Friday afternoon into Saturday morning, and was unaware of what was happening.