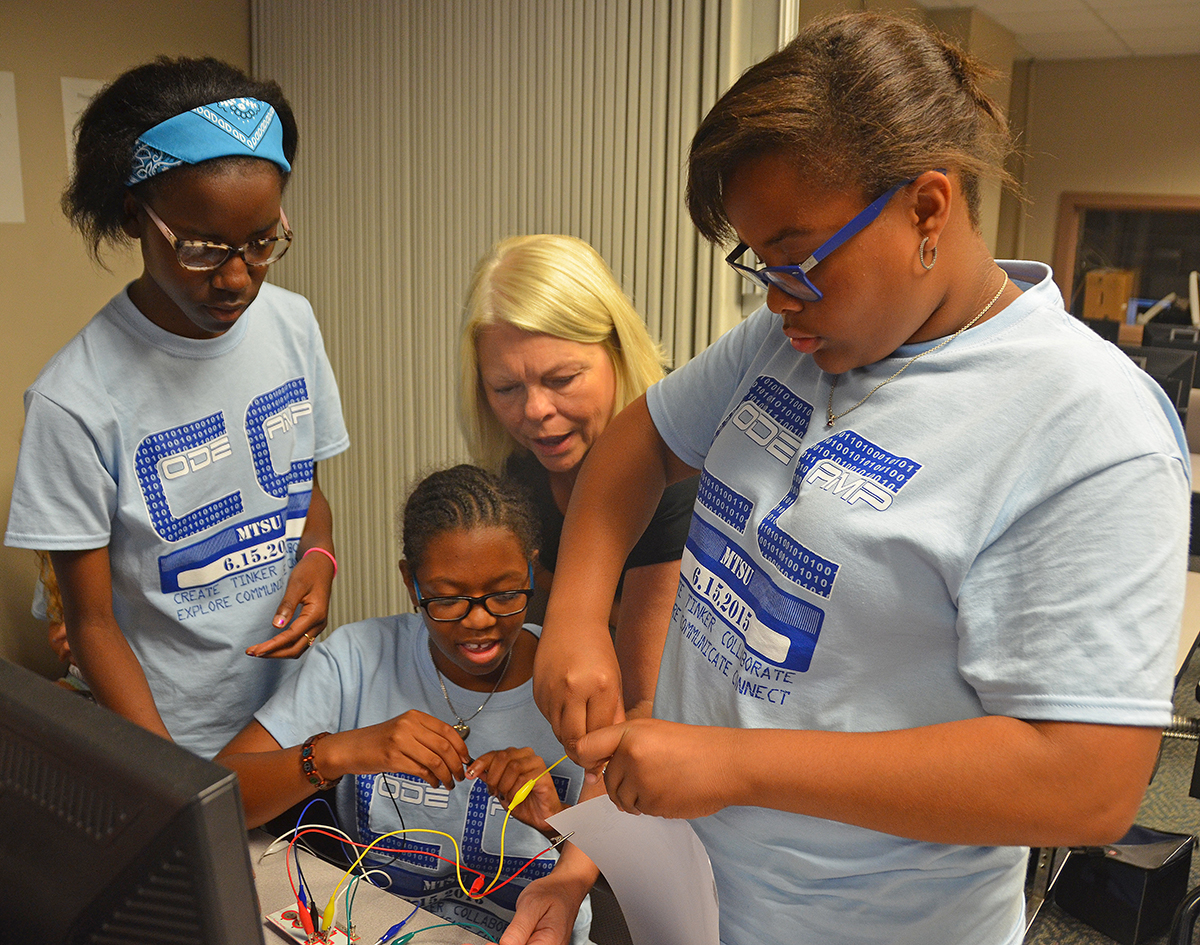 The need to expand Camp STEM (science, technology, engineering and math) at MTSU and offer more hands-on opportunities for computer-savvy youth brought on the first Coding Camp at MTSU June 15-19.

Youngsters from Murfreesboro and Franklin, Tennessee, are attending the camp, which is being taught by Gayle Porterfield, who teaches sixth-graders at Mitchell-Neilson Elementary School.

In computer programming, coding is the process of designing, writing, testing, troubleshooting and maintaining the source code of programs.

Utilizing a number of fun programs, Porterfield -- with assistance from high schoolers who are proficient in computer programming -- is helping the youngsters grow in their knowledge of coding.

The students are learning to incorporate new concepts they learn by building complex games, animations and interactive stories such as Pacman and Pong.

The campers are being taught Scratch, HTML, CSS, jQuery and more.

Scratch is a free programming language and online community where participants can create their own interactive stories, games and animations.

HTML, an acronym for HyperText Markup Language, is the standard language to create Web pages.

Cascading style sheets, or CSS, is a language used for describing the look and formatting of a document written in a markup language.

The students also are taking part in a Google Hangout with special invited guests for an interactive makers session.

For more information about the coding camp, the various STEM camps or the 2016 Summer Math Institute at MTSU, call Lockett at 615-415-7963, email him at David.Lockett@mtsu.edu or visit www.campSTEM.us.