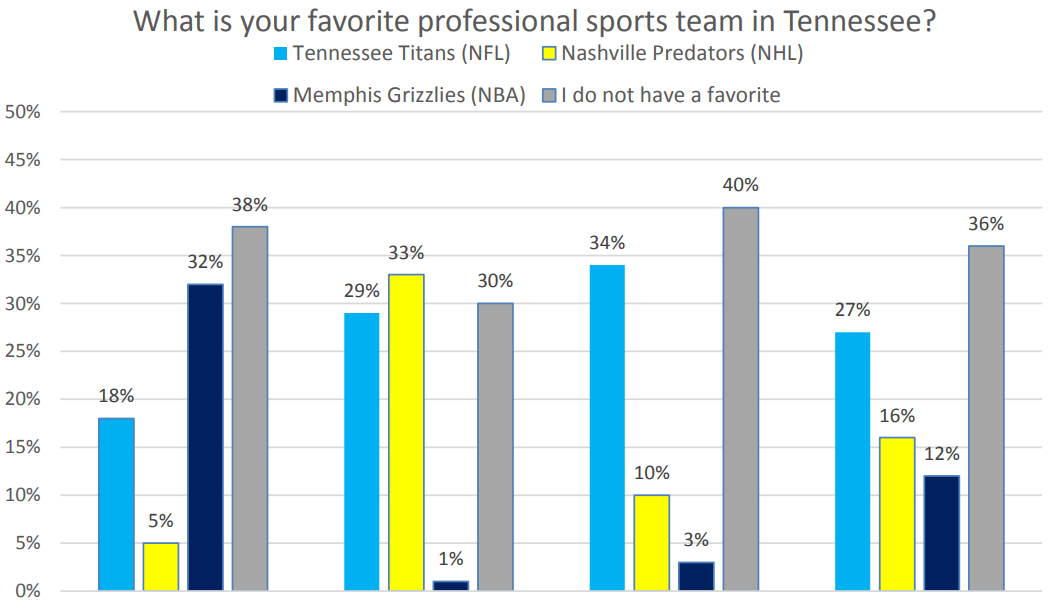 A recent statewide survey of Tennessee consumers by MTSU's Office of Consumer Research shows that the Nashville Predators have made gains in fan support after their run to the Stanley Cup Finals in June.

"While football might still be king in the South, the recent Stanley Cup playoff run by the Nashville Predators has helped them make significant gains in terms of fan support," noted Tim Graeff, director of the Office of Consumer Research in MTSU's Jones College of Business.

The survey shows that the Tennessee Titans are the favorite professional sports team across the state (27 percent), followed by the Predators (16 percent) and then the NBA's Memphis Grizzlies (12 percent).

However, the Predators -- who fell in six games to the defending champion Pittsburgh Penguins -- are now the favorite pro sports team among residents of Middle Tennessee, with 33 percent of respondents favoring them versus 29 percent for the Titans.

Yet football remains by far the favorite professional sport to watch across the state -- 42 percent, followed by 13 percent for basketball.

As expected, the Grizzlies dominate West Tennessee fan support, while the Titans dominate East Tennessee. However, in these two regions there is still a greater percentage of residents who report having no favorite team, the survey showed. Conversely, in Middle Tennessee the percentage of Predators fans outnumbers even those who have no favorite.

Find the full results at http://www.mtsu.edu/consumer/tnsportsfan.php.

Part of the quarterly Tennessee Consumer Outlook Index, the sports fan survey of 627 Tennessee consumers was conducted June 10-19 with a margin of error of 4 percentage points.