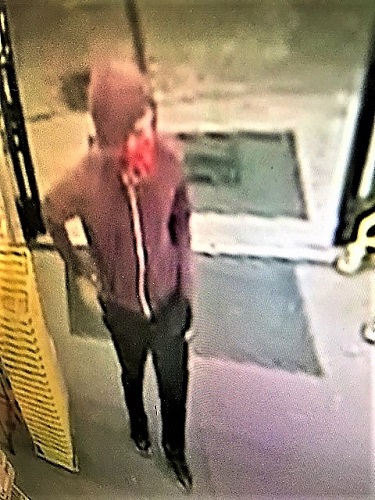 Do you recognize this Dollar General armed-robber?

Sergeant Bob Hayes told NewsRadio WGNS that the suspect was slender, light skinned and around 6-feet tall. He was wearing a maroon hooded sweatshirt, dark jeans and a red bandana covered his face.

If you recognize the suspect in the surveillance photo, contact the La Vergne Police Department at (615) 793-7744 or Rutherford County CrimeStoppers at (615) 893-STOP (7867). When you phone your tip to CrimeStoppers, you remain anonymous, not even the police know who you are. Plus, if your information leads to an arrest and conviction, you'll be eligible for a cash reward of up to $1,000.