UPDATE: Overturned Truck on I-24 at Buchanan Road in Murfreesboro 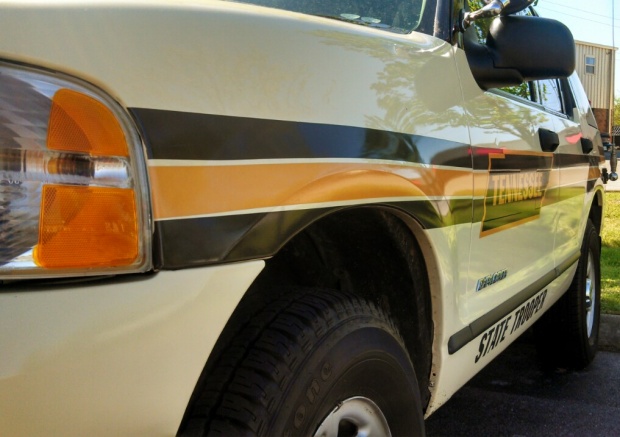 On Friday afternoon a box truck overturned at Buchanan Road on I-24 in Murfreesboro. Three additional vehicles were involved in the accident that was worked by the Tennessee Highway Patrol.

The Highway Patrol reported that three vehicles were traveling down I-24 when they were met by slower traffic. The box truck that was operated by a man from Manchester failed to slow down and rear ended a Buick Park Avenue. The Buick was pushed into a Chevrolet Equinox. The box truck then rolled over while striking an 18-wheeler.

The driver of the box truck commercial box truck was 22-year old Justin Stacy. He was charged with failing to exercise due care and also cited for a driver’s license violation. The driver of the Buick was 44-year old David Lampley from Franklin. Sgt. Bill Miller reported Lampley was injured in the crash and had to be transported to St. Thomas Rutherford in Murfreesboro. The extent of Lampley’s injuries was not released.

After the wreck we were told by a witness the overturned box truck leaked oil and diesel fuel, which had to be cleaned by crews after the truck was up righted by a wrecker.