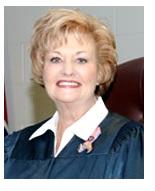 Rutherford County Juvenile Court Judge Donna Scott Davenport is one of seven judges from across Tennessee chosen by Governor Bill Haslam to represent the judicial branch in the Three Branches Institute.
ADVERTISEMENT
Three Branches is an initiative of the Tennessee Department of Children’s Services. It brings together members of the executive, legislative, and judicial branches to work with the department on strengthening the state’s child protection and juvenile justice systems.

Judge Davenport told WGNS News, "To have the confidence of the governor and first lady to serve on Three Branches is a great honor. I would not have been appointed had it not been for the partnerships the court has with all of the agencies that touch and concern our children."
“For Tennessee to have a strong and effective system of children’s services, the three branches of government must have a clear vision on the mission of the services, and confidence that the services are generating desired outcomes,” said DCS Commissioner Jim Henry.
The Three Branches model grew from collaboration among the National Governors Association, National Conference of State Legislatures, National Center for State Courts, and the National Council of Family and Juvenile Court Judges. DCS is working on this initiative with Casey Family Programs and the Georgetown Center for Juvenile Justice Reform.
In Tennessee, the Institute has set a highly focused agenda, including: developing a clear picture of how well Tennessee’s child protection system works; a wide understanding of the complexities of child protection work; using standardized assessments by the courts and DCS to guide their work and to allow for uniform data collection; implementation of evidence-based practice alternatives to incarceration in juvenile justice; and allocation of juvenile justice resources to support community-driven solutions.
Davenport explained, "I am mandated by statue to understand the complexities which come from protecting our children who find themselves in state custody."
The Institute is expected to meet quarterly through August 2014. It began work in August 2012.
Sections: News