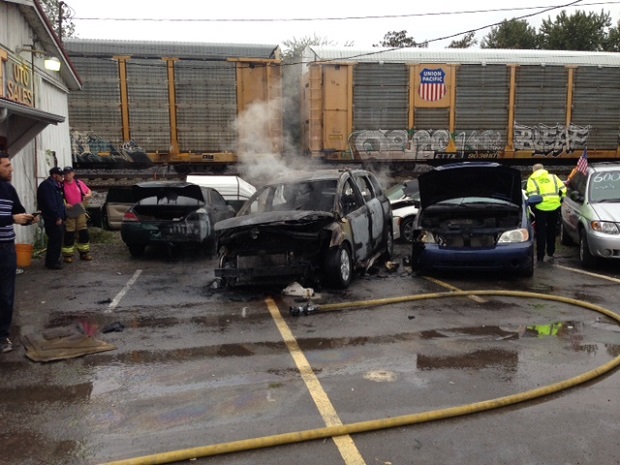 On initial response, crews were told one vehicle was on fire and it was unknown if it was endangering other vehicles. However, when crews arrived on scene, the fire had spread and at least five vehicles were involved. Crews quickly extinguished the flames and checked for any other spot fires.

All five vehicles received fire damage, but the building itself was unharmed.

Outbound lanes on NW Broad Street toward Smyrna were closed for some time, but at this time it is only down to one lane. It is expected to open back up as soon as crews finish on scene.

No one was injured in the incident.

MFRD’s Fire Marshal’s Office was called to the scene to investigate.