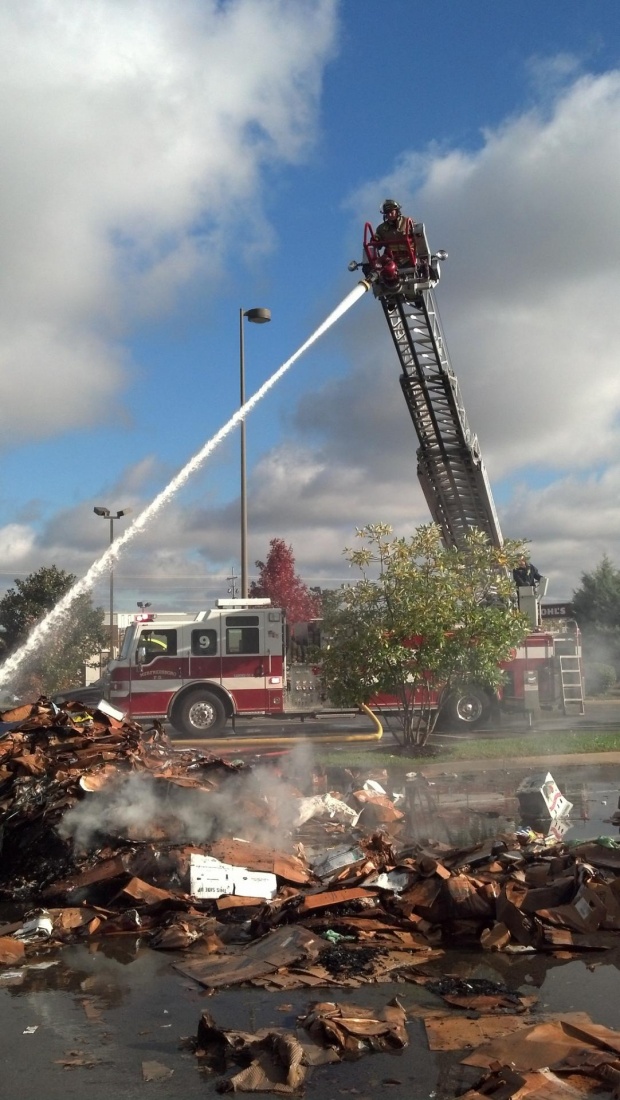 The truck, an Allied Waste compactor truck full of cardboard, dumped the burning contents into the Kohl’s parking lot.

Ladder 9 crews extinguished the fire. According to Acting Shift Commander Thomas McAdoo, the cause of the fire is unknown at this time.

No one was injured during the incident.

MFRD crews were released and a cleanup crew and backhoe were called to mitigate the scene.