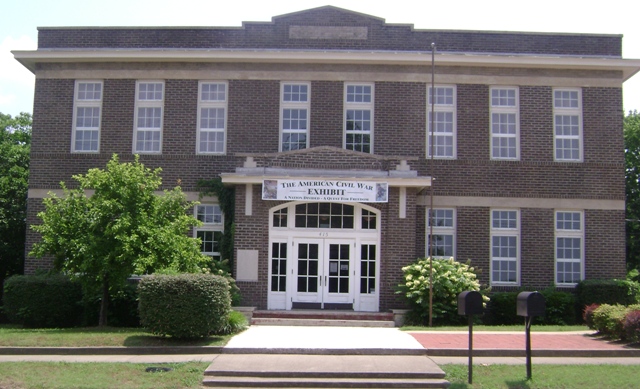 The Rutherford County Chapter of the Association for the Preservation of Tennessee Antiquities (APTA) will hold its annual membership meeting at 11:30 Saturday morning July 16th. The first order of business is unveiling of a marker at Bradley Academy Museum & Cultural Center. This historic structure was built in 1917. The day's activities include a luncheon, program and museum tour to follow.

Chapter President Denise Carlton said anyone who plans on joining them for lunch, must make reservations by July 12th. You can e-mail her at carltondenise@gmail.com or phone 615-604-0401.

Bradley Academy, a community operated museum is another example of our local government participation in preservation, the City or Murfreesboro worked with the community to restore the building. The original academy under this name dates back almost to the start of Rutherford County and the township of Murfreesboro. A school under this name has been at several locations, the one standing following the Civil War became the main school for African Americans and one exist today as a Murfreesboro City School.   The building being marked at 415 South Academy Street was built in 1917, is home of the Bradley Academy Museum & Cultural Center and tells the African American history in our county.   A new museum exhibit is on display for the  150th anniversary of the Civil War showcasing the role of the United States Colored Troops.

The Association for the Preservation of Tennessee Antiquities was established in 1951, with a “mission is to promote and encourage active participation in the preservation of Tennessee’s rich, historical, cultural, architectural and archeological heritage through restoration, education, advocacy and statewide cooperation”. The State APTA organization is celebrating its 60th anniversary and  Rutherford County, as the first and oldest chapter will begin our 60th anniversary year in 2012.   In observance of several anniversaries, we have selected to place a marker at the Bradley Academy in July.

Our chapter has had a long term successful marking program and continues to mark properties and hold receptions each season and are always accepting applications should you want to have a house, church or commercial building considered.

Consider joining our organization or making a donation.    If you join through our chapter we keep a portion of the membership money and the other supports the state APTA.  You will receive invitations to our marking events seasonally, the annual meetings at historic sites, the state newsletter, membership card and the membership access across the state for sites owned or managed by the APTA.  There are currently 13 sites, including the state APTA headquarters at Belle Meade Mansion in Nashville.  Individual membership is $20.  July is our membership renewal month.  Make checks payable to “APTA”, and mail checks to 2441 Q #405 Old Fort Parkway, Murfreesboro TN 37128.   Follow us on Facebook: Rutherford-Co-Chapter-of-APTA