Smyrna woman indicted for attempted murder of her son! 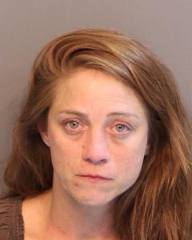 Prosecutors indicate that 41-year old Monica Hammers is accused of trying to suffocate her 4-year old son by placing a pillow over his face. On May 6th the child was ordered by the courts to go through a series of medical tests at Erlanger Hospital, and also to have a broken arm set. Allegedly, a witness claims the little boy began to cry and his mother told him to "shut up". They claim that they then saw the mother hold a pillow over his face for several seconds. However, Hammers is said to have quit when she realized that someone saw her. The child was then placed in protective custody.

Monica Hammers is free on $55,000 bond, and is scheduled to appear in the Hamilton County Criminal Court on July 15th for her arraignment.