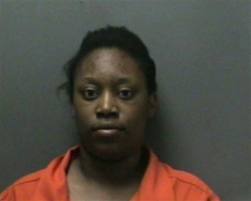 The roommate of MTSU basketball standout Tina Stewart was indicted Thursday (7/7/2011) on charges of first degree murder and tampering with evidence. Shanterrica Madden (left photo) is scheduled to be in Rutherford County Criminal Court on July 18th.

The Lady Raider basketball guard was fatally stabbed on May 2nd in her room at the Raiders Crossing Apartment on Hazelwood Street. 21-year old Stewart was rushed to Middle Tennessee Medical Center where she was pronounced deceased. Madden, her 18-year old roommate was arrested in the case. Both women were from Memphis, however university officials indicate they did not know each other prior to sharing the apartment together.