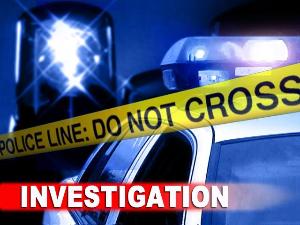 Bedford and Rutherford Counties are searching for a Shelbyville man for questioning in connection with ramming a truck into a Murfreesboro pain clinic last week. According to Bedford County authorities, the man has been identified as Lloyd Davis, 48, of Shelbyville is thought to be driving a late model white Ford Explorer. Bedford County officials say between Murfreesboro and Bedford County there are 30 outstanding warrants for Davis. Bedford County Sheriff Randall Boyce says Davis is thought to be either in southern Davidson County or the Bedford County areas. The sheriff says he has talked with Davis and that he knows authorities are searching for him. Murfreesboro Police officials say that a stolen pickup truck was used to ram the Pain Management Group in Murfreesboro at least four times around 2 a.m. June 29; the day after the pickup truck was stolen from Big G Express in Shelbyville. The truck, which was registered to a Lynchburg resident Richard Trussell, was found in a field behind the pain clinic. When police found the truck it contained prescription drugs that were allegedly taken from the clinic as were several tools taken in several burglaries in Murfreesboro. Police say that Trussell is not a suspect in the incident.