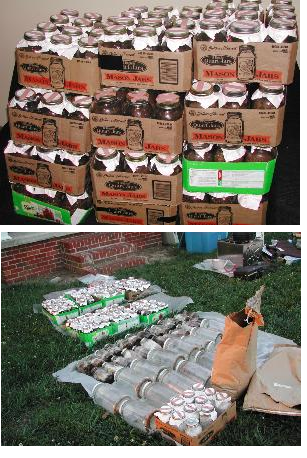 Nearby Coffee County is having a problem with mushrooms.

Coffee County Sheriffs Department, 14th Judicial Drug Task Force and the Drug Enforcement Administration began an investigation regarding the manufacturing and trafficking of illegal mushrooms. During the past months search warrants have been served on three different residences in the Coffee County area, two in Hillsboro and one on 16th Model Road. These search warrants have uncovered large concealed mushroom laboratories. These labs have been estimated to have the potential to produce over 50 pounds of the illegal mushrooms. The shrooms were stored in 600 Mason jars. These mushrooms are estimated to have the street value of over $150,000.00 dollars.