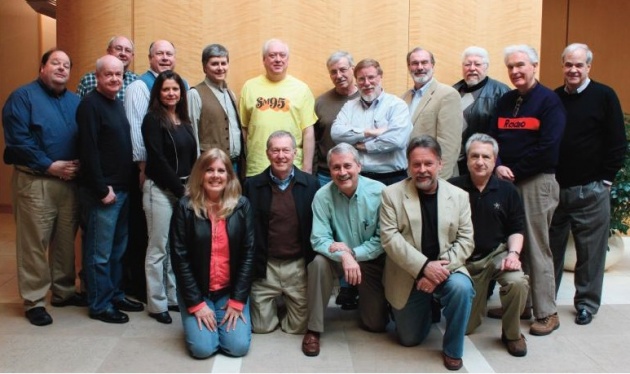 The newly-created Tennessee Radio Hall of Fame, established to honor the men and women who have made significant contributions to radio broadcasting in the state, will open nominations for its first group of inductees starting this coming Monday, August 1st.

Members of the non-profit organization will have an opportunity to cast ballots for the on-air personalities, station owners and managers, engineers and support staff whom they consider to be Tennessee’s best over the 90-year history of radio broadcasting in the state.

Anyone can belong to the Tennessee Radio Hall of Fame. Full Membership is open to anyone who has worked in radio in Tennessee for at least two years, and anyone else, including avid radio listeners, can become an Associate Member.

For a membership application, or more information on how you can join, go to http://www.tennradiohalloffame.org and click on “Membership.” For information on the nomination and voting process for electing our first group of honorees, click on “Nominations and Voting.” Only TRHoF members can vote for their favorite broadcasters.

Inductees will be honored each year at an awards banquet, with the inaugural event scheduled for May 5th, 2012.

The Tennessee Radio Hall of Fame hopes to establish a wealth of memorabilia from the early days of broadcasting: articles from newspapers and magazines, tape-recorded early radio shows and other gems of broadcasting history from stations across Tennessee.

"Tennessee radio has such a rich history. We hope to build a collection that will help keep that history alive for generations to come," said TRHoF Historian Dave Nichols.

The Tennessee Radio Hall of Fame is a 501(c)(3) educational organization and all donations are tax deductible.