A man driving without a seatbelt was busted on meth charges. Karl Duke who was stopped for failing to wear a seat belt and having his high beams on to oncoming cars. Duke apparently had the ingredients of a meth lab in his car. Murfreesboro officers found a bag containing ammonium nitrate, plastic tubing, a cold pack, a measuring cup and a grinder in Dukes Oldsmobile. A small amount of meth was also found in the car and Duke admitted to smoking meth earlier in the day. Duke was arrested on felony meth charges and possession of drug paraphernalia charges. Duke was placed under a $150-thousand dollar bond. He will have to appear in court on October 11th. 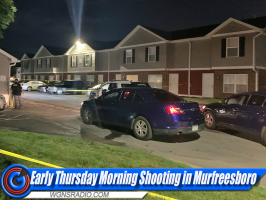