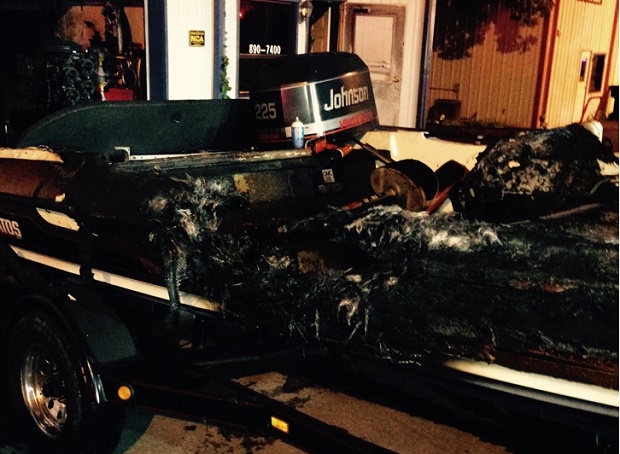 Murfreesboro Fire & Rescue Department's Engines 1 and 4, Ladder 1, and Rescues 7 and 9 responded to a fire at 1119 Hanson Street (Parker's Window Tinting) around 2:45 Saturday morning.

A Murfreesboro Police Department lieutenant out on patrol notified Dispatch after discovering the business was full of smoke.

When units arrived on scene, the smoke was rolling out of the building.

Crews were able to extinguish the fire quickly according to Shift Commander Dale Maynard. "They got inside and got it knocked down fast," said Maynard.

Maynard also said that they got word that the owner of Parker's lives right above the business. They conducted a total of three searches for any occupants and did not find any sign of anyone being in the building. Crews did receive word a short time ago that the owner was not on site at the time. He is in route to the scene now.

Captain/Shift Inspector Nora Smith is on scene conducting an investigation. At this time, it appears the fire started in a boat inside the business.

No injuries are associated with this incident. 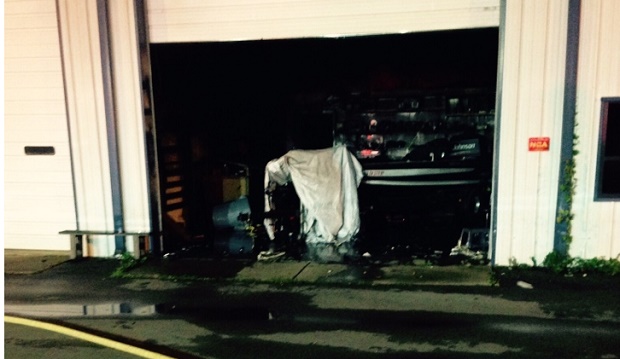