Legislation to add those who unlawfully photograph a person for sexual gratification to the Tennessee Bureau of Investigation's (TBI) Sex Offender Registry was recently highlighted by Governor Bill Haslam at a ceremony on Capitol Hill marking the signing of the new law.

The measure, sponsored by State Representative Mike Sparks (R-Smyrna) and State Senator Jim Tracy (R-Shelbyville), allows a judge to require the defendant in a misdemeanor unlawful photography case to register as a sexual offender for up to ten years. This is in addition to the punishment already provided for the offense and requires that the judge take into account the facts and circumstances surrounding the offense when deciding upon the punishment.

There are a variety of websites that feature unlawful and even lawful up-skirt photos of women all across America. In fact, the internet has led to an increase in the crime. The problem is, a number of states do not have any laws to squelch such behavior.

In states like Texas and Oregon, such cases involving someone photographing underneath a child or woman's skirt have been thrown out due to laws not enforcing the problem.

Representative Sparks noticed the problem of laws not keeping up with the crimes and changing technology...

"These offenders should most definitely be on the TBI Sex Offender Registry," said Senator Tracy. "Such acts are inexcusable and should be treated as a sex crime that is punished to the fullest extent of the law."

"I was proud to run this bill for TBI," added Rep. Sparks. "I want to thank Smyrna Police Chief Kevin Arnold and detectives John Liehr and Robert Monroe, as well as Smyrna town attorney and former detective Jeff Peach, for their input."

The new law will take effect on July 1.

Sexual Offenses - As enacted, makes sex offender registration for persons convicted of misdemeanor unlawful photographing in violation of privacy discretionary instead of mandatory; the judge may order registration after taking into account the facts and circumstances surrounding the offense. - Amends TCA Title 39, Chapter 13, Part 6 and Title 40, Chapter 39.

Signing of the New Bill: 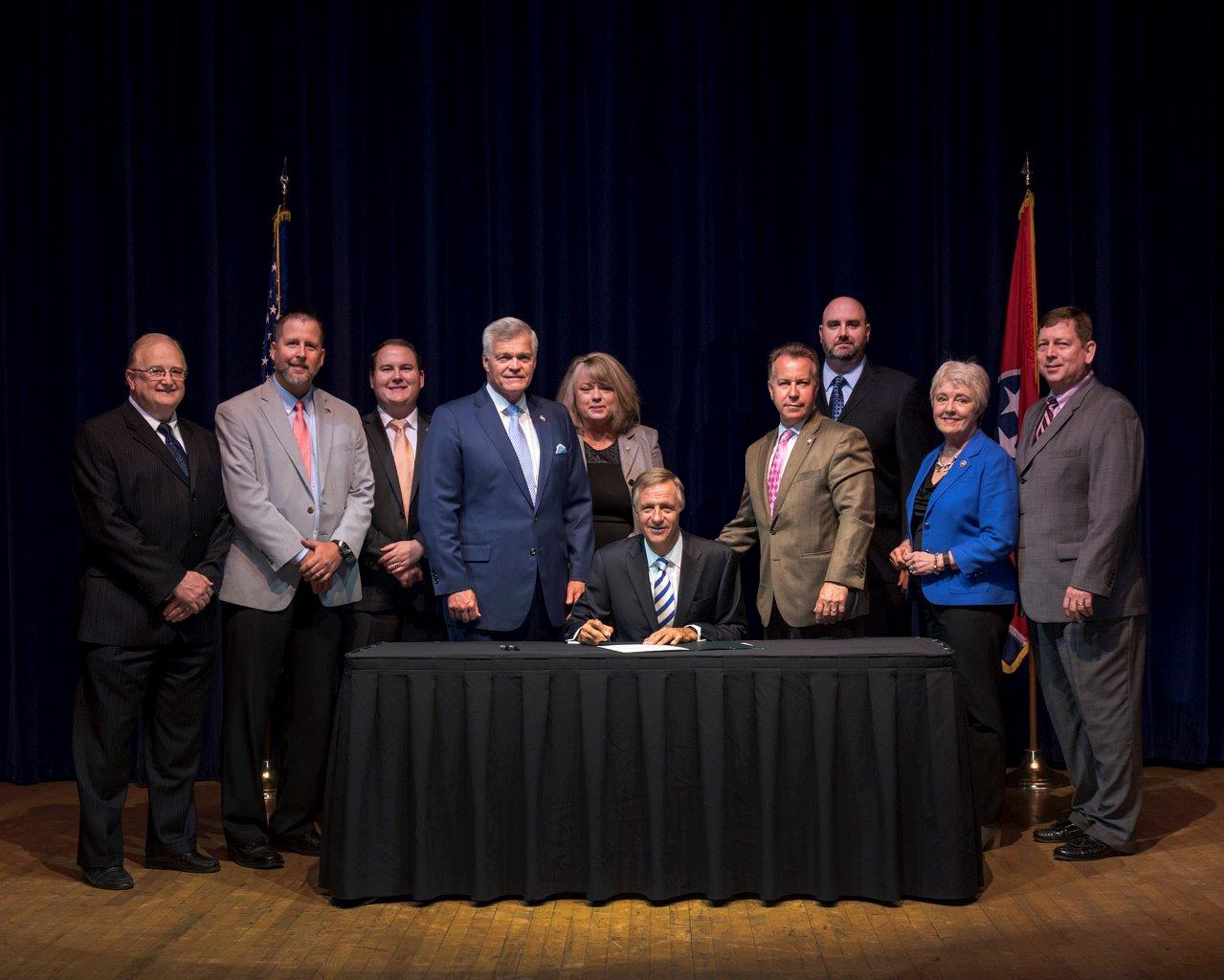