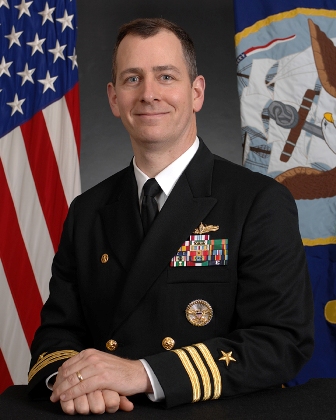 The Navy commissioned the newest Arleigh Burke-class guided-missile destroyer and a Murfreesboro native is its first commanding officer. Commander Tate Westbrook will lead a crew of 285 officers and enlisted sailors on the Spruance, commissioned Saturday (10/1/2011) at the Naval Air Station in Key West, Florida.

Designated DDG 111, the new destroyer honors legendary Admiral Raymond Spruance, whose calm and decisive leadership at the Battle of Midway contributed to a pivotal American victory during World War II.

Vice Chief of Naval Operations Admiral Mark E. Ferguson III delivered the ceremony's principal address. Ellen Spruance Holscher, granddaughter of the ship's namesake will serve as the sponsor. The ceremony will be highlighted by a time-honored Navy tradition when she gives the first order to "man our ship and bring her to life!"

Spruance, the 61st Arleigh Burke-class destroyer, will be able to conduct a variety of operations, from peacetime presence and crisis management to sea control and power projection. Spruance will contain myriad offensive and defensive weapons designed to support maritime warfare and be capable of fighting air, surface and subsurface battles simultaneously.

The ship will be the second ship named for Spruance. The first USS Spruance (DD 963) was the lead ship of Spruance class destroyers serving from 1973 to 2005.

The 9,200-ton Spruance was built by Bath Iron Works in Bath, Maine. The ship is 509 feet in length, has a waterline beam of 59 feet, and a navigational draft of 31 feet. Four gas turbine engines will power the ship to speeds in excess of 30 knots.