September Officer of the Month 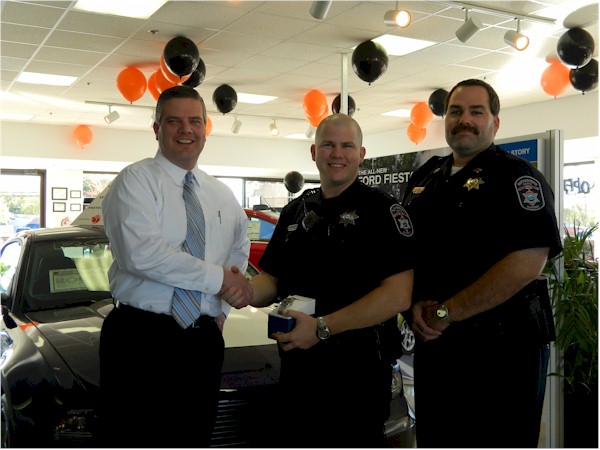 Watts, the SRO at Smyrna Middle School, received information the student planned to take his life and no one would get there in time in save him. Watts contacted the student’s mother and learned he was home alone. The SRO rushed to the student’s home. After a few moments, the student answered the door and confirmed to Watts his intentions. The mother arrived and took him to StoneCrest Medical Center.

ADVERTISEMENT
Sheriff Robert F. Arnold credited Watts with potentially saving the child’s life. “Our SROs do more than just patrol at the schools,” Arnold said. “They are actively involved in helping students with a variety of challenges. We are just glad SRO Watts arrived in time to help this child.”

General Manager David Lee of Ford of Murfreesboro presented Watts with an engraved watch in recognition of being honored as Officer of the Month. "We are so grateful for the Rutherford County school resource officers,” Lee said. “It is so comforting to know that they are there for our kids. I am proud to present this award to SRO Watts."
Sections: News