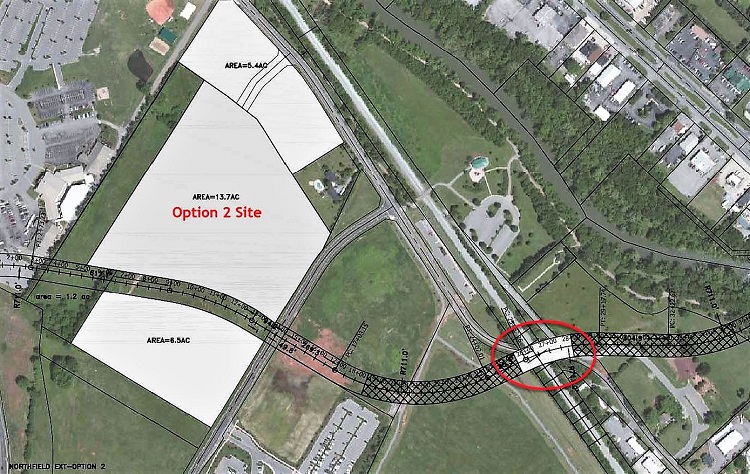 The Murfreesboro City Council voted Thursday to authorize the sale of between 11 and 14 acres of City-owned real estate in the Gateway to Vanderbilt University Medical Center. VUMC plans to build a Pediatric Clinic and Ambulatory Surgery Center at the site between New Vision Baptist Church, Hope Clinic and the corporate headquarters for Kasai North America.

"We think this is tremendous economic development opportunity for the City to bring not only the quality medical services Vanderbilt provides but high-paying healthcare jobs," said Assistant City Manager Jennifer Moody. "

The Gateway Commission voted to recommend the sale after meeting March 1, 2018, at City Hall to hear details of the proposed real estate agreement.

Vanderbilt Medical Center told the Murfreesboro council that they would construct a single story, 37,500 square feet Pediatric Clinic and Ambulatory Surgery Center as Phase 1. Construction on the $21 million investment, including land and equipment, is anticipated to begin 10-12 months from the date of closing on the acquisition of the property. Phase 1 would also include approximately 190 ground level parking spaces.

"VUMC has offered to pay $8.00 per square foot or $348,480 per acre, which would equate to an estimated sale price of $3.8 million to $4.8 million, depending on the final acreage between 11 and 14 acres," Assistant City Manager Jennifer Moody said in a March 15 letter to Mayor Shane McFarland and members of the City Council.

The extension of Northfield Blvd. to N. Thompson Lane is one of the "short-term" improvements contemplated by the City's 2040 Major Transportation Plan. As part of the sale to VUMC, the City is accelerating the construction of the segment from Gateway Blvd. to N. Thompson to accommodate VUMC's proposed use of the property. It is anticipated that the proceeds of the sale to VUMC will more than offset the cost of constructing this segment of the Northfield extension.

VUMC would initially employ 14 medical doctors and nurse practitioners and staff of between 40 and 50 people with a payroll of approximately $8 million. Phase 2 of VUMC development would expand the building from 37,000 to 100,000 square feet and add between 120 and 150 jobs with an estimated annual payroll of $24 million and a total capital investment of $51.5 million. This future phase is anticipated within the next 10 years.

The City of Murfreesboro received a Letter of Intent February 16, 2018, from Randy Parham of Southwest Ventures, representing VUMC, to purchase a parcel of land on Garrison Drive. Parham attended the Gateway Commission meeting March 1 when the proposal was presented to the Commission.

The parcel on Garrison Drive is significantly impacted by a proposed project in the Murfreesboro 2040 Major Transportation Plan, which proposes to extend Northfield Blvd. over the West Fork of the Stones River connecting to North Thompson lane. As proposed, the new roadway between North Thompson Lane and Garrison Drive would bisect the parcel resulting in two tracts, approximately 6.5 acres and 13.7 acres. The VUMC parcel is approximately 13.7 acres but only 3 to 4 acres are required for the first phase. All acreages are approximate and subject to final road design, site plans and survey.

Monroe Carrell Jr. Children's Hospital at Vanderbilt already has a Children's Specialty and After-Hours Clinic on Kennedy Drive off Medical Center Parkway which hospital officials say will not be impacted when VUMC opens the new facility on Garrison Drive.