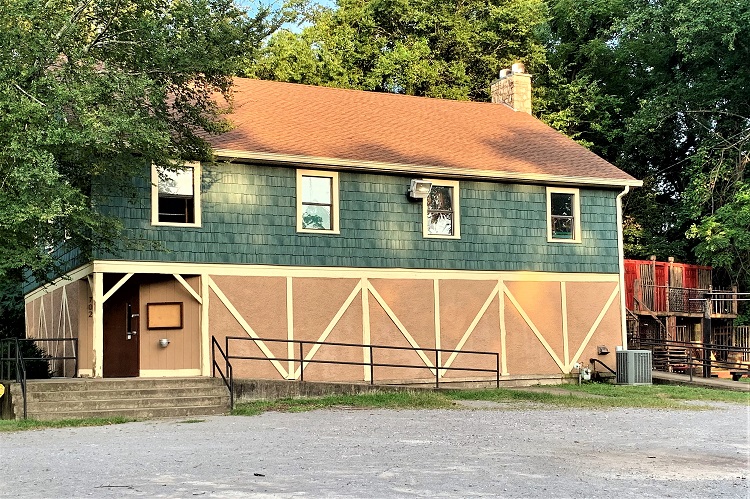 (MURFREESBORO) The City of Murfreesboro notified Murfreesboro Little Theatre of its decision to immediately close the city-owned building in which the performing arts group has leased since 2005.

The current term of the lease is set to expire in April 2020. Under the lease, the Murfreesboro Little Theatre is responsible for maintaining the property in accordance with the city's property maintenance and fire codes. Murfreesboro fire marshal and codes officials conducted a full inspection of the facility Friday (7/26/2019). After reviewing the findings of the inspection, City staff will take additional actions as appropriate.

Depending on the results of complete fire and structural safety inspections, the City may look to terminate the lease agreement with the Murfreesboro Little Theatre.

Community Services Executive Director Angela Jackson said, "While the need for performing arts space in our community is obviously of great value and importance, the city cannot consciously allow a building deemed unsafe to be occupied nor does the city maintain confidence in the ability to resolve issues of non-compliance."

On Wednesday (7/24/2019) Jackson notified Murfreesboro Little Theatre President Charlie Parker that the city had identified "fire and life safety hazards" in the log cabin's structure and suggested that the performing arts theater cease summer programs at the building, effective immediately.

Parker then notified the theater's board, as well as children enrolled in summer Camp Improv programs.

Jackson continued, "Murfreesboro Little Theatre has hosted many programs and community arts events over the years at this site, and a decision like this is never easy and is not taken lightly. However, the most important factor in our decision is public safety. Our Parks and Recreation Department will be working to assist by providing available space in the immediate future to accommodate their children's summer program and other community art events."

"During my initial visit to the Playhouse, I noted imminent threats to life safety regarding the lack of working fire alarm or suppression systems, proper emergency egress and exit pathways, or proper stairwell egress," said Fire Marshal Carl Peas. "Additionally, the storage of significant amounts of combustibles, and concerns with structural stability present significant danger to responding firefighters even if the building is unoccupied. Thus, I strongly suggested that all public performances at the Playhouse should cease immediately and combustible items stored there should be removed as soon as practical."

Holtz commented, "During our initial inspection July 24, 2019, we noticed sagging floor joists over the theater area. The amount of sag was appreciable and was partially-supported by a wall constructed from logs that were part of the original construction. One log at the bottom of the wall had shifted and rolled partially out of the wall causing concern that additional loading could be added to a floor system that was already sagging."

Holtz added, "The one set of stairs that serves the four floors of the structure where soft in some areas and temporary supports had been added to the stairs. These walls created passageways that were narrow and could make search and rescue confusing in a basement. The age of the structure and the lack of maintenance through the years have caused the building to deteriorate to the point that structural stability and life safety were being compromised."

The log cabin structure was built in 1939 by the Youth Council of the Works Progress Administration. The Ewing Boulevard structure first served a Scout Lodge for many years.

Murfreesboro Little Theatre has performed there since the early 1960s, and Murfreesboro Parks and Recreation Department's Sunshine Players shared the stage from 1989 to 1995 as well.

Again, the City of Murfreesboro has notified Murfreesboro Little Theatre that the decision has been made to immediately close the log cabin theater due to safety issues. The city owns the facility.