The Murfreesboro Police Department Vice Section served a search warrant at 2690 Memorial Blvd. Suite F on January 12, 2012, as previously stated in a January 13, 2012 media release. That address is where Rhodes Construction of Murfreesboro is located. The police department was assisted by the Tennessee Bureau of Investigation and executed search warrants at various locations including the Memorial Blvd. location. The searches resulted in the confiscation of over $180,000 in alleged illegal gambling proceeds, a felony amount of drugs, and multiple weapons from several individuals. No arrests have been made at this time. As in many criminal investigations, any arrest would follow the issuance of an indictment from a grand jury. This case is still an active and ongoing criminal investigation and will be presented to a grand jury in the future. 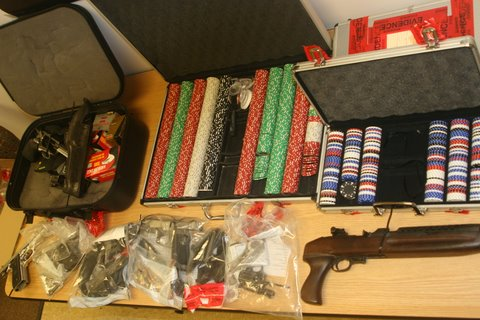