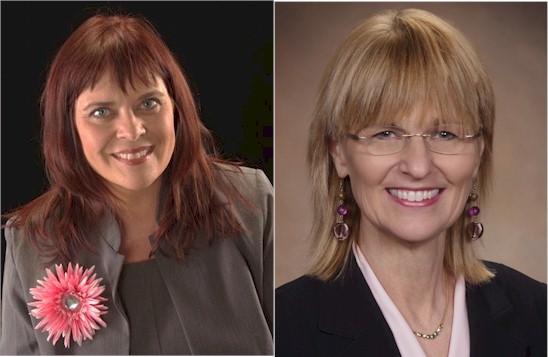 For the past 20 years, the Nashville ATHENA Award and Scholarship program has honored outstanding women for their skills in business, leadership and service to the community. In 1993, ATHENA added a scholarship program to help afford access to higher education and to help build the pipeline of future leaders. Last year, the Scholarship Program awarded $21,000 in scholarships to six deserving recipients in four categories, based upon a 300-word essay and superior academic performance.

Eight principles lie at the heart of the Athena Leadership Model:

“We are thrilled that Jean Anne Rogers is representing RutherfordCABLE for this prestigious award,” said 2012 RutherfordCABLE President Paula Mansfield. “Jean Anne’s life is a representation of these distinctive ways of leading---the very principles outlined in the ATHENA Leadership Model---into a blueprint that aspiring leaders can follow.”

Mansfield continued: “In the Young Professionals Leadership Award category, we are equally pleased that Dawn Nasoori is representing our organization. This award recognizes emerging women leaders for exemplary leadership, and Dawn’s example is just that. She has spearheaded numerous efforts for our organization demonstrating excellence, creativity and initiative.

“We celebrate the accomplishments of both of these women and their inspiration to women to achieve their full potential,” Mansfield added.

Dr. Jean Anne Rogers is an optometrist in private practice in Murfreesboro since 1979. She is a member of the Tennessee Academy of Optometry and has been active in a number of state and local optometric organizations throughout her career, including serving as the Sixth District Congressional Liaison from 1985 through 2011.

“I am truly honored by the Athena nomination, and the thought that, in some way, I have made a difference,” Rogers said. "I view leadership differently for various situations, however my basic model is a team approach where each member is important for success. Key elements are preparedness, direction and communication so the team and individuals both have success. Communicate the goal, effectively train, then turn loose for accomplishment!"

Rogers attended Mississippi State University and the University of Illinois before earning her Bachelor of Science and Doctor of Optometry degrees from Southern College of Optometry in Memphis in 1979. Rogers has served in numerous roles in many community organizations, including the League of Women Voters, serving on the Board of Directors, as Board President and

Rogers is married to Judge Mark Rogers, and the couple has three children:
Jan Margaret, 25, Anne Katherine, 23, and Addison, 18.

“I am so empowered and honored by my nomination for the Athena Young Professional Leadership Award,” Nasoori said. “This nomination is a priceless gift from my peers and colleagues, and I am so grateful to have made a difference. Leaders nurture people, help them attain goals, encourage their personal growth, and offer guidance and acknowledgement. That’s the kind of leader I want to be.”

2012 ATHENA Award
Since 1991, the ATHENA Award and Scholarship Program has honored outstanding women of Nashville for their skills in business, leadership and service to their community. Through a collaborative effort between local women's organizations, local businesses and individual sponsors, the ATHENA Award and Scholarship Program encourages women of all ages to achieve excellence, whether it be professionally, academically or personally.

More than 5,000 ATHENA sculptures have been presented to outstanding women in over 500 communities in the U.S. and around the world.
2012 ATHENA Young Professional Leadership Award
The Nashville ATHENA Award and Scholarship Program is awarding the ATHENA Young Professional Leadership (YPL) Award for the second consecutive year. The ATHENA YPL Award recognizes emerging women leaders across professional sectors for exemplary leadership. The YPL Award actively supports and celebrates the ATHENA mission of supporting, developing and honoring women leaders, inspiring women to achieve their full potential, and helping to create balance in leadership worldwide. It honors women between the ages of 25 and 40 who excel in their chosen field, devote time and energy to their community in a meaningful way, and serve as a role model for young women.
A distinguished panel of 21 judges will evaluate the candidates based upon how well each demonstrates excellence, creativity and initiative in their business or profession; provides valuable service to improve the quality of life for others in their community; and serves clearly as a role model for young women, both personally and professionally.