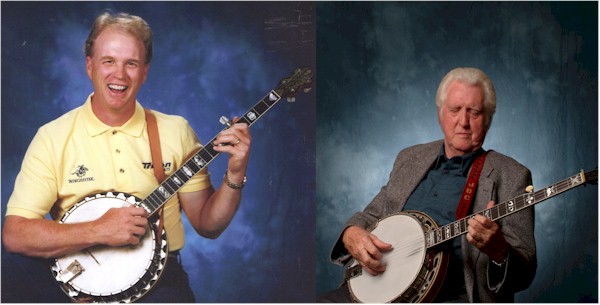 Somewhere in the great beyond Uncle Dave Macon is smiling. Uncle Dave Macon Days, the nationally-recognized music and dance festival, which is the namesake of one of the Grand Ole Opry’s earliest banjo-playing stars, will be honoring two performers known for their love and mastery of the five-string instrument during this year’s event, July 13-15. 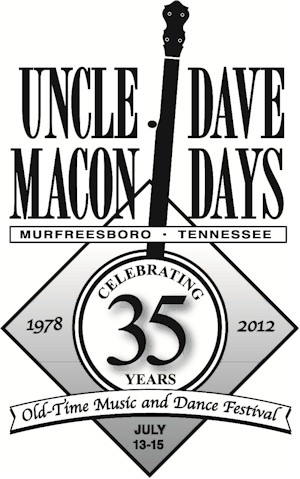 Grand Ole Opry star, Mike Snider will be presented the 2012 Heritage Award, Saturday, July 14, at 7 p.m. On the opening night of the three-day festival, Bluegrass music legend, J. D. Crowe will be the recipient of the 2012 Trailblazer Award at 7 p.m., Friday, July 13. “We are celebrating our 35th anniversary of Uncle Dave Macon Days this summer and are especially excited our two award winners are both outstanding entertainers who, like Uncle Dave, embraced the banjo and have taken it to so many audiences,” said Gloria Christy festival president. The Heritage Award recognizes an individual who has spent a lifetime perpetuating and preserving old-time music. Snider certainly meets the criteria. He grew up in the rural town of Gleason, TN and continues to live there today. Falling in love with the banjo as a 16-year-old teenager, he often carried it with him while doing his afternoon farm chores. After winning the 1983 national Bluegrass banjo contest in Winfield, KS, he became a part of the syndicated television show, Hee-Haw, and landed a seven-year gig at the former Opryland USA theme park. The west-Tennessee native was inducted into the Grand Ole Opry in 1990. In addition to his genuine sense of humor he often displays on stage, Snider also has a deep affection for the frailing style of playing the banjo first shown to him by the late Grandpa Jones. Today on the Opry, he and his band members, often play a rousing old-time fiddle tune during the broadcast. WSM-AM radio personality, Eddie Stubbs calls them the “best string band in the nation.” “I am thankful to be chosen for an award that has to do with good ole string band music,” said Snider. “I feel like I’m in the business for the same reason as Uncle Dave; for the joy of playing the tunes and sharing a laugh or two with the common everyday folks. I’m looking forward to seeing everyone in July.”

The bluegrass banjo legend, James Dee “J. D.” Crowe fits the bill perfectly for the Trailblazer Award. As a teen in the 1956, he joined ranks with Jimmy Martin and the Sunny Mountain Boys. In the mid 1960s he formed the Kentucky Mountain Boys with Doyle Lawson, Red Allen and Bobby Sloan. A new generation of bluegrass lovers was inspired in the mid-1970s with his band J. D. Crow and the New South which helped to launch the careers of Tony Rice, Ricky Skaggs, Jerry Douglas, the late Keith Whitley and others. This band’s 1975 debut on Rounder Records is considered one of the genre’s most important recordings. Crowe’s sound placed traditional standards along side of more contemporary tunes with a wealth of innovation. The Kentucky native is known for his commitment to musical excellence and nurturing of fresh talent. He won a Grammy in 1983, was a 2001 recipient of the Folk Heritage Award of the Kentucky Governor’s Awards in the Arts and placed in the International Bluegrass Music Association Hall of Fame in 2003. “I’m so honored to be a part of this year’s Uncle Dave Macon Days celebration and even more honored to be the recipient of the 2012 Trailblazer Award,” said Crowe. “When you think of what an important music trailblazer Uncle Dave Macon was, this award means even more to me.”

The 35th annual Uncle Dave Macon Days, a traditional old-time music and dance festival, July 13-15, will take place at historic Cannonsburgh Village, 312 N. Front St. Gates open Friday at 1 p.m. The three-day event features highly charged contests with more than $10,000 in prizes. It is the home to the national championships in old-time banjo, buckdancing and clogging. Enjoy arts and crafts, Saturday’s “Motorless” parade, shade-tree jamming, concessions, gospel singing in the chapel, living history demonstrations, a historic photo exhibit and more. Admission charged on Friday and Saturday. Sunday is free and features a gospel and shape-note singing and a Community Service Fair. For more information visit www.uncledavemacondays.com or www.facebook.com/UncleDaveMaconDays or call (615) 893-2369 or 1-800- 716-7560.