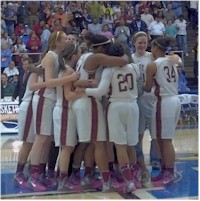 The Riverdale girls won the school's second state championship in three years and their second in school history with a 70-55 win over Science Hill Saturday. A 22-nothing start by the Lady Warriors doomed the Lady Hilltoppers from the start. However, Science Hill cut it to single digits in the second half. Riverdale turned up the defensive pressure and after a couple of fast break baskets sealed the deal. Senior Shacobia Barbee led the Lady Warriors with 20-points and was named the State Tournament MVP. Olivia Jones had 15 points and Alexa Middleton chipped in 14. They were also named to the all-state tournament team, along with Toyree Watkins and Tyisha Petty. Riverdale ended the year 34-3 while handing Science Hill their first loss of the year.
Sections: Prep Sports News 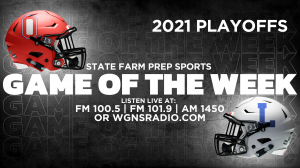