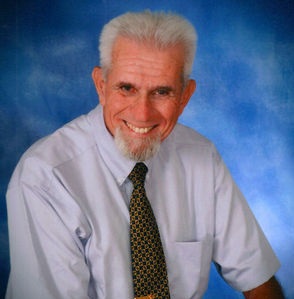 Gary and his wife Pat had a real dream come true story about this area. They wanted to start a business and locate it in an area in which they could raise their family. After much research, the Houseman's decided Murfreesboro would be the perfect place.

The city embtraced this hardworking young couple as they opened Domino's Pizza. Their business grew to several locations in Rutherford County, and later expanded into nearyby counties. The Houseman's treated their staff like family, and more than 30-years later--many of the original employees are still with Domino's.

They were active in helping needy persons locally as well as distant places. Gary loved to ride bicycles and took long distrance rides with local clubs. They were active with the Noon Exchange Club and promoted patriotic events such as the Healing Fields on the Memorial Day weekend, Family Center for the Prevention of Child Abuse, helped to give out flags at the local Christmas parade and so much more.

Gary was one of those friends to everyone, and a mentor to all who knew him.

Gary Houseman was born in Dayton, Ohio, but lived here in Murfreesboro for over 3-decades. He is survived by his wife Patricia Anne Houseman of 43 years, mother, Nila Pauline Houseman, daughter, Wendy and her husband, James Lancaster of Murfreesboro, brother, Rick and his wife, Donna Houseman of Troy, Ohio, and one granddaughter, Meridyth Lancaster.

A church service will be held at noon on Wednesday, May 23, 2012 at Trinity United Methodist Church with Rev. Mike Waldrop officiating. Burial will follow at Evergreen Cemetery. In lieu of flowers memorials may be made to the American Cancer Society in Gary's name. American Cancer Society, 2008 Charlotte Avenue Nashville, TN 37203. (615) 327-0991 or online at www.cancer.org

Funeral arrangements for Gary Houseman will be handled through Jenning and Ayers Funeral Chapel.