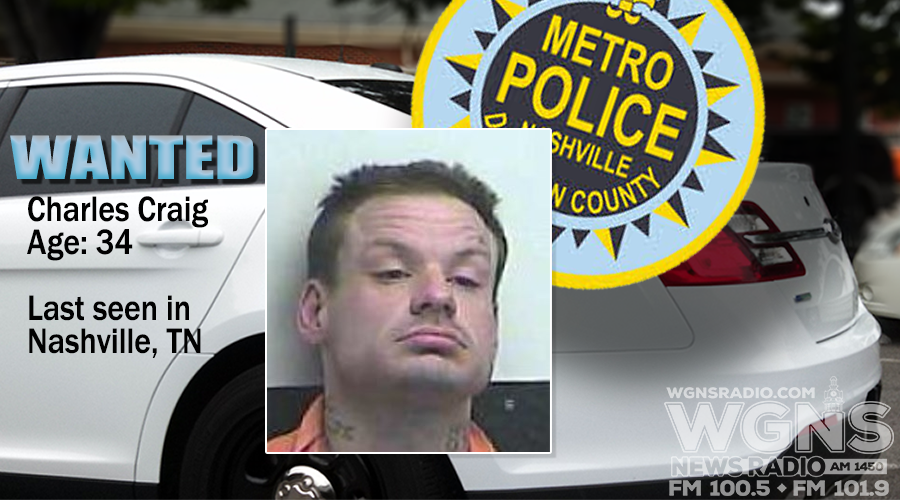 Nashville Metro Police are asking for the publics assistance in locating a man accused of attacking and raping a female.

An arrest warrant charging attempted aggravated rape has been issued against 34 year old Charles Craig. The warrant says that Craig is the suspect in a June 13th attack of a female housekeeper inside a room at the Extended Stay at 2525 Elm Hill Pike.

From Metro Police: Anyone seeing Craig, or knowing his whereabouts, is asked to call Crime Stoppers at 615-742-7463. Callers to Crime Stoppers can remain anonymous and qualify for a cash reward.