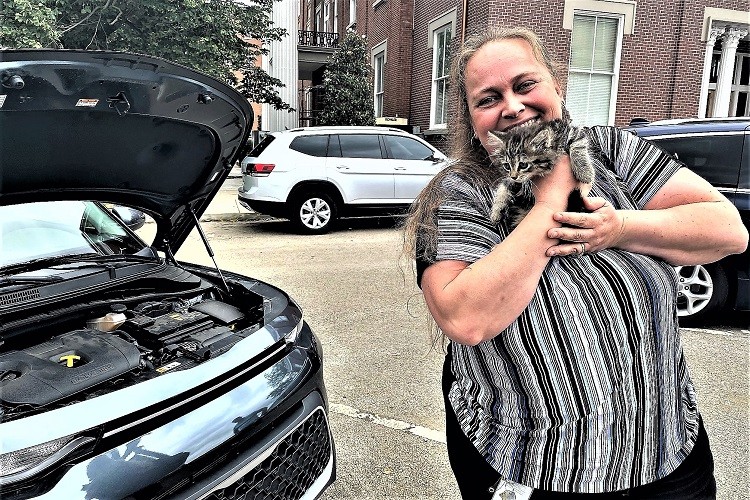 (MURFREESBORO)  Usually a kitten rescue involves a firefighter or two, but this time a crew from Rutherford County’s Office of Information Technology (OIT) rescued of a small kitten from under the hood of an SUV parked on the town square.

OIT Tech Support Supervisor Jamie Broussard said, “I walked outside and heard what sounded like a cat screaming. It was coming from the side of the square closest to Woodsviking. I moved closer to the area, but the noises stopped.”

Broussard made his way to the sidewalk between the inner and outer circle, attempting to get closer to the noise, but the animal had gone silent.

Jamie’s supervisors, Director Cody York and Assistant Director Darin Moore, came outside and saw Jamie standing on the sidewalk. Puzzled, they asked what he was doing. 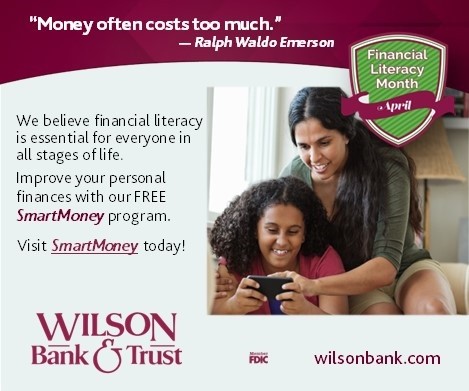 Jamie explained about the cat sounds when suddenly, he heard them again. This time, they seemed to be coming from a Kia Soul in the parking lot.

Darin identified the vehicle as that of Zach Johnson, a Technician with OIT. Jamie called Zach and the two looked for the animal in the motor compartment, but were not seeing any signs of it.

Broussard excitedly commented, “Finally I caught a glimpse of its face."

A bystander came up to assist and used a pipe to gently tap on the car to see if the kitten would move again.

He explained, “It finally relocated to a place within reach--just not within MY reach.”

As luck would have it, Webmaster (and animal lover) Megan Chaffin, walked up and was able to pull the kitten out safely.

Zach, a resident of Walter Hill, said, "My wife heard something this morning, but they were never really able to pinpoint it."

“It was amazing that the kitten rode all the way to the courthouse from Walter Hill, unharmed.  I was just happy to be able to save ONE of its nine lives,” he kidded.

Krista Tollison, OIT’s Senior System Administrator, decided to give the kitten a new home. Though he seemed fine, she will be taking him to a veterinarian to be checked out.

Sinch the purring kitty was now rescued from the KIA Soul SUV, she affectionately and appropriately named him Soul.” 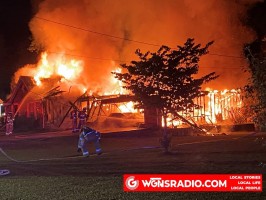