Daughters of the American Revolution Reading of Declaration of Independence 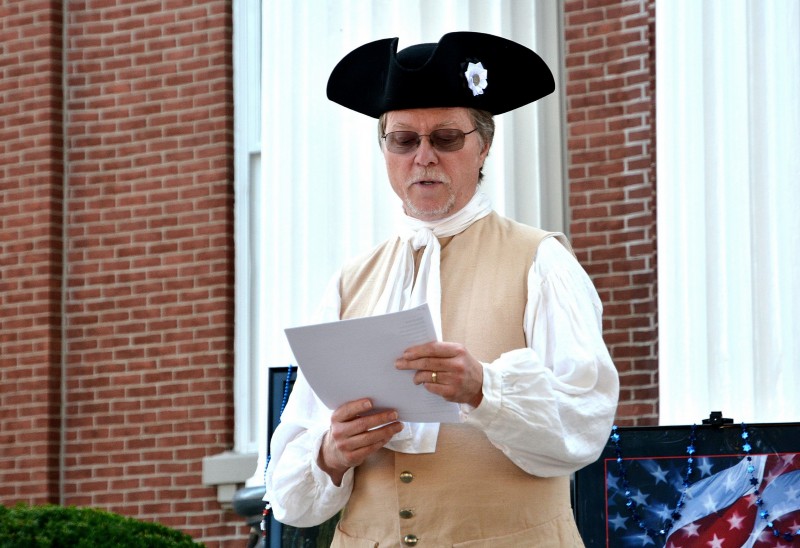 More than 40 attendees sang patriotic songs, prayed for America and enjoyed the 2nd annual reading of the Declaration of Independence from the Col. Hardy Murfree Chapter of the Daughters of the American Revolution. It took place Saturday (July 4) at the historic Rutherford County Courthouse.

Local DAR Regent Karen Hudson said, "There are two documents of paramount importance to American history: the Declaration of Independence, which forged our national identity, and the United States Constitution, which set forth the framework for the federal government that is still in use today."

The Colonel Hardy Murfree Chapter is named for a distinguished Revolutionary War soldier who moved to Tennessee in 1806, living near Franklin.  The city of Murfreesboro was named for him by an act of the Tennessee State Legislature in 1811.

The Colonel Hardy Murfree Chapter is among the oldest recorded organizations for women in Rutherford County, having been founded April 25, 1910.