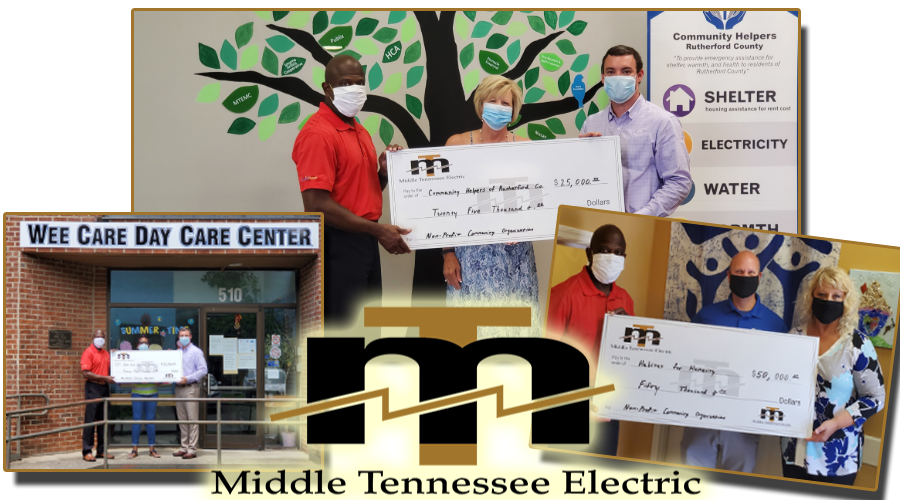 “We think it’s fitting and appropriate to mark our first official day of service to Murfreesboro by investing in those who are serving in such an impactful way,” said MTE CEO Chris Jones. “One of the seven cooperative principles is ‘Commitment to Community,’ and we plan to live this out consistently as we serve in our home city.”

ADVERTISEMENT
Jones said the donation to Habitat will support construction of a subdivision in East Murfreesboro, while the donations to Wee Care Day Care and Community Helpers will support their ongoing missions.

“We have a long-time relationship with Community Helpers, as they assist electric customers who are having difficulty paying their electric bills” he said. “Wee Care Day Care is an inner-city organization that we’ve never been able to assist before, but with the merger opening that door, we are honored to aid their worthy mission.”

While MTE features a charitable arm of its own called, SharingChange, these are one-time donations facilitated by the cooperative in recognition of July 1 being day number one for the merged utility.