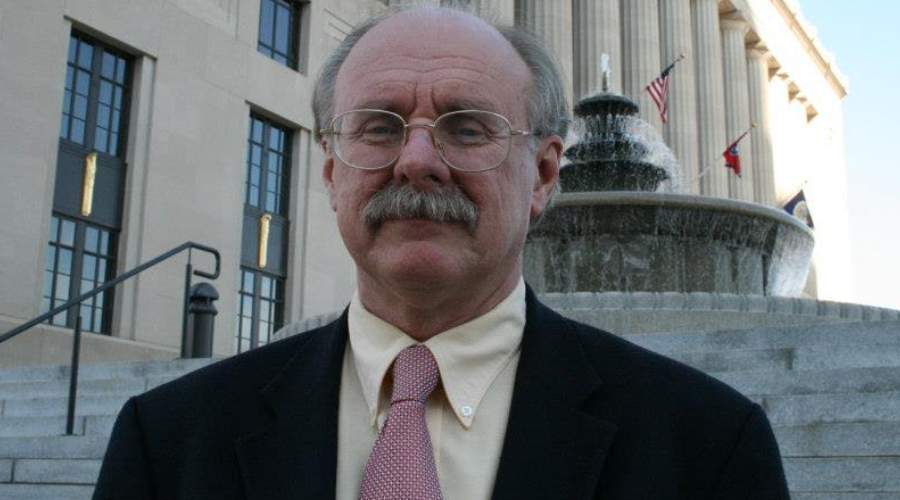 Legal Aid Society of Middle Tennessee and the Cumberlands, Tennessee’s largest nonprofit law firm, announced today that attorney Russ Overby is retiring from the firm, which he originally joined in 1974.

Before his retirement, Overby was lead attorney of the firm’s Health, Income and Education Practice Group, specializing in poverty law. He worked at Legal Aid Society’s Nashville office from 1974 until 1993, serving as lead counsel in a number of significant federal and state cases involving public benefits and the rights of children in state institutions. He was managing attorney of the Legal Aid Society’s Murfreesboro office from 1993 to 1997, then left the firm from 1997 to 2005 to work as a welfare reform lawyer at the Tennessee Justice Center. He rejoined Legal Aid Society in 2006.
ADVERTISEMENT
Among his major accomplishments: In 1979, he fought for major reforms of broken, abusive youth detention centers in Doe v. Henderson, resulting in the closure of several old state correctional facilities, the reduction of inmate populations and the opening of more modern facilities. In 1986, in Samuels v. Heckler, the largest class-action case in Legal Aid Society’s history, Overby secured more than $500 million in retroactive Social Security benefits for roughly 70,000 disabled Tennesseans. In the 1998 case John B. v. Goetz, he fought for changes in Tennessee law requiring the state to pay for any medically necessary service for children, allowing disabled children to thrive. And in 1999, he advocated for fair Temporary Assistance for Needy Families (TANF) policies that prioritized critical services and subsidies, empowering families and providing them with a real opportunity to return to work.

“Russ is a bedrock of poverty law in Tennessee who has lent his voice to the voiceless over his long career,” said DarKenya W. Waller, executive director of Legal Aid Society. “From his work reforming the entire welfare system through class-action lawsuits to his relentless and diligent advocacy for each of his hundreds of clients, Russ reminds us that this work is more than a job — it’s a solemn commitment to justice for our neighbors who have been deprived of adequate representation in our society.”
Overby is a graduate of Wheaton College near Chicago, Illinois, and a 1974 graduate of Vanderbilt Law School. While working at Legal Aid Society, he was also a clinical instructor at Vanderbilt from 1974 to 1977. He has received a number of awards throughout his career, including the State Advocate of the Year Award from the Tennessee Conference on Social Welfare in 1998. In 2008, he received the Ashley T. Wiltshire Public Service Attorney of the Year Award from the Tennessee Bar Association. And in 2011, he received the Tennessee Alliance for Legal Services’ B. Riney Green Award in recognition of his commitment to improving collaboration among public interest advocates in the state. Overby has also written extensively about public benefits issues and conducted training on the topic for national audiences.
“There is a reason that we have staff members who stayed here for 48 and 50 years, because our work changes lives. I think that is what sets Legal Aid Society apart,” Overby said. “I’m proud to have spent my career with this firm, and I look forward to watching the progress that Legal Aid Society will continue to make for Middle Tennessee residents.”
Tags: attorney law lawyer Legal Aid Murfreesboro news Retires Russ Overby Society
Sections: News