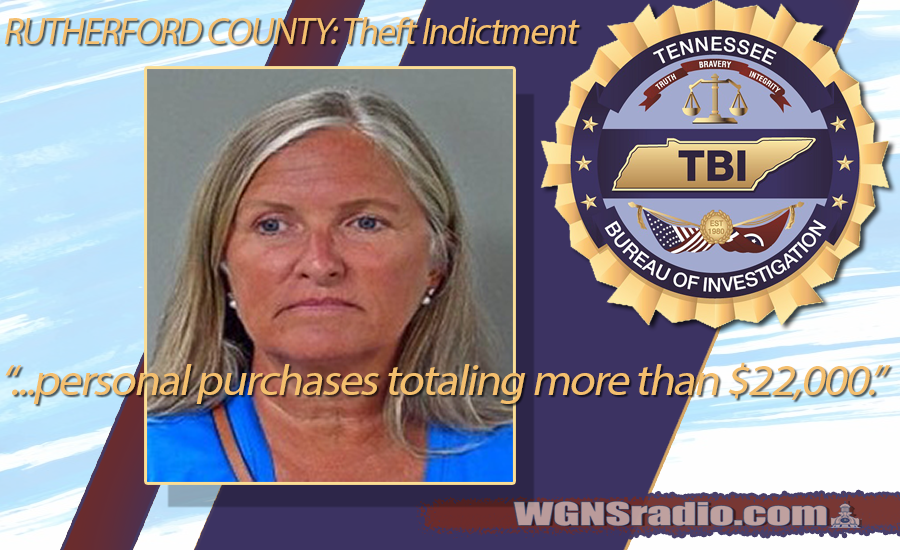 RUTHERFORD COUNTY – A 53 year old Rutherford County woman has been arrested after being indicted on a theft charge, following an investigation by Special Agents with the Tennessee Bureau of Investigation.

At the request of 16th District Attorney General Jennings Jones, in August 2019, TBI Agents began investigating a complaint of theft from an extermination company based in Smyrna. During the course of the investigation, Agents developed information that between 2015 and 2019, Eugenia Wesnofske, who was the office manager of the business at that time, used the company’s credit cards and other accounts to make personal purchases totaling more than $22,000.