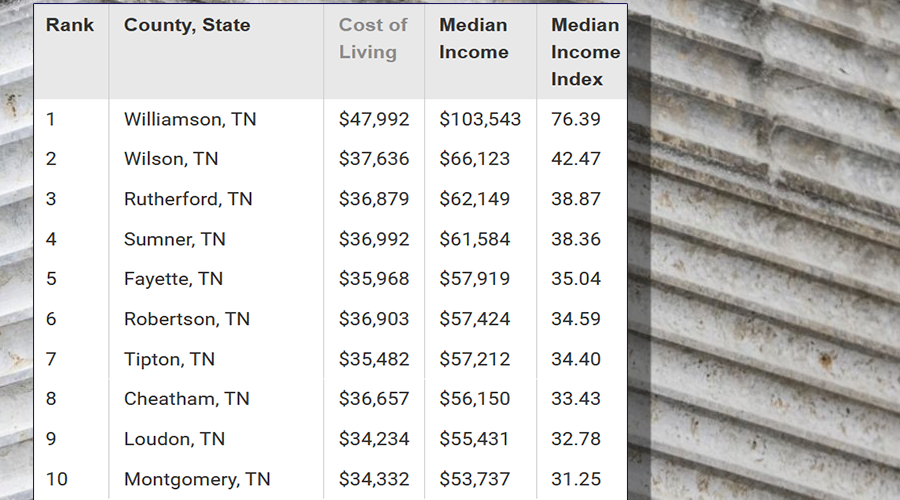 Residents in Rutherford County are among the highest earners in Tennessee according to a recent analysis by New York financial technology company SmartAsset.

The study showed that Rutherford County residents came in at number three on the list as the third highest earners in the Volunteer State.

The analysis was completed as part of the company’s study on the places with the most purchasing power.

The income data is a key factor in the study, which also includes cost of living data to determine the places where residents have the most purchasing power.

The full study results, methodology and interactive map can be found here: https://smartasset.com/mortgage/cost-of-living-calculator#Tennessee/median-income

What is Median? In statistics, a median is a value separating the higher half from the lower half of a data sample, a population or a probability distribution. It is the middle value.