Spotted in Madison after Shots Fired - Arrested in Rutherford County 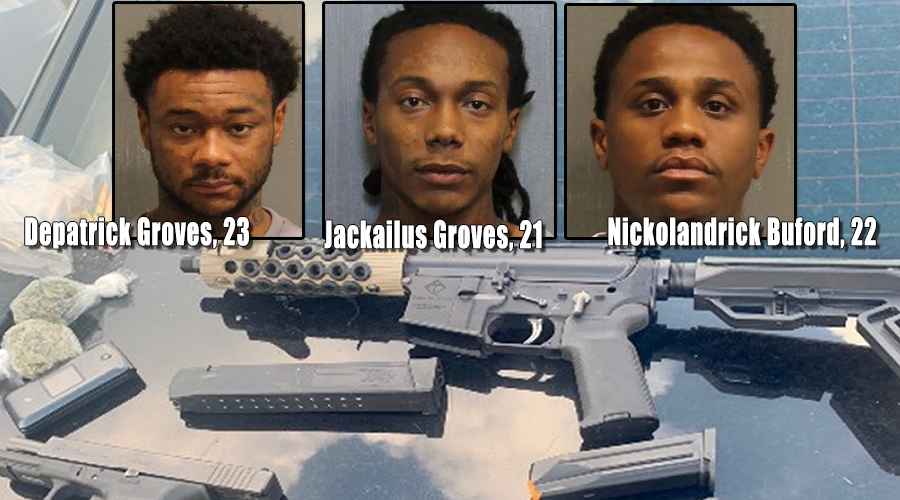 Two men responsible for gunfire that hit the Nashville area North Precinct police building and caused several officers in the rear parking lot to immediately take cover Tuesday (7/21/20) afternoon are in custody after a THP helicopter and state troopers teamed with the Juvenile Crime Task Force to get their rental Tahoe stopped in Rutherford County.

Depatrick Groves, 23, of 14th Avenue North, and Jackailus Groves, 21, of Cumberland Station Boulevard in Madison, are being charged with multiple counts of aggravated assault on police officers as well as vandalism for the bullet strikes to the precinct building.

ADVERTISEMENT
Surveillance video shows the Groves pair on Dowlan Street in the Cumberland View public housing development near the North Precinct fire multiple shots at a pickup truck that was initially stopped in the street and then proceeded in the direction of the precinct building. The rental Tahoe was one of three vehicles that quickly fled the area. It was spotted in South Nashville about two hours after the gunfire and was placed under aerial surveillance by a THP helicopter as it proceeded onto I-24 east.

The vehicle in question was ultimately stopped in Rutherford County. State troopers and Rutherford County Sheriff’s deputies took the three occupants into custody and recovered a rifle and semi-automatic pistol, both loaded. The third man in the Tahoe, Nickolandrick Buford, 22, of 17th Avenue North, was determined to be the getaway driver from the Dowlan Street scene and is being charged as an accessory after the fact of aggravated assault and vandalism.

The pickup truck being fired on was recovered abandoned on 23rd Avenue North.

Luckily, it appears that no person was hit by the gunfire.