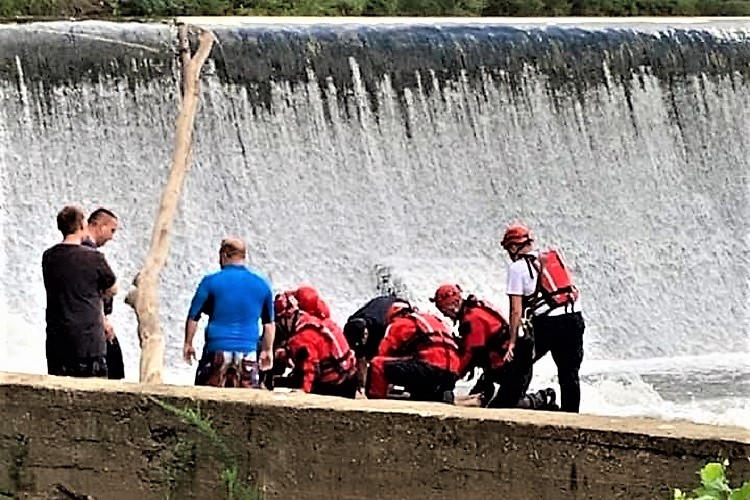 (MURFREESBORO)  Around 5:15 Saturday afternoon, a man fell 15-feet from the top of the Walter Hill Dam to the rocks and stream below on the East Fork of the Stones River.

After that Rutherford County Emergency Medical Services (RCEMS) transported the injured person to the ER at Saint Thomas Rutherford Hospital.

The dam is beside Walter Hill Park, a picnic, beach and North Murfreesboro Greenway area on the East Fork of the Stones River. It is operated by the Murfreesboro Parks and Recreation Department.

One of the highlights of the area is an old two story brick building on the opposite shore of the Stones River.

Then around 1912 the Murfreesboro Light and Power Company constructed the building to house the hyrdoelectric plant that furnished parts of Murfreesboro with electricity.

After a 1918 flood, the complex was purchased by Southern Cities Power Company. It was transferred to Commonwealth Southern River Company in 1926.