MURFREESBORO: ‘Downtown on the Farm’ continues at a social distance in 2020 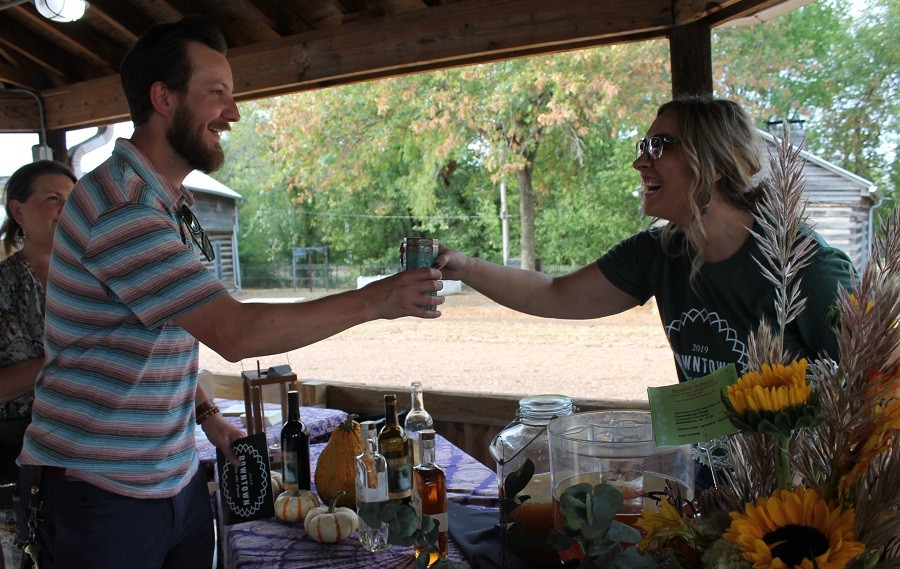 Travis Swann is served a beverage from Sabrina Spicer at Downtown on the Farm, held Sept. 30, 2019, at Cannonsburgh Ville in Murfreesboro.

MURFREESBORO, Tenn. -- Downtown on the Farm, presented by Locally Owned Murfreesboro, is BYOB (Bring Your Own Blanket) in 2020, the nonprofit announced.

The organizing committee has taken the current public health situation into consideration and made adjustments to this year’s annual farm-to-table fundraising dinner, which features items sourced from local farms that will be transformed into a culinary adventure by five local chefs.

ADVERTISEMENT
“We want to make sure everyone is safe and comfortable while enjoying this great farm-to-table meal,” said Missy Lay, co-chair of Downtown on the Farm.

Attendees can bring their own blanket and picnic anywhere they wish on the Cannonsburgh campus, or they can take their meal home to dine at a social distance, Willard said. They can also designate whether they need a table, which will be set up around Cannonsburgh.

“We are selling tickets in pairs this year because we are pre-packaging each meal and serving them in baskets,” explained Michelle Willard, co-chair of Downtown on the Farm.

The evening will start with signature cocktails by Primrose Table and The Alley on Main featuring Uncle Nearest 1856 Premium Whiskey that will be served at 4:30 p.m. Dinner will begin promptly at 5:30 p.m. Sunday, Sept. 13 at Cannonsburgh Village.

The picnic-style meal will be prepared by some of Murfreesboro's finest culinary minds: Mitchell Murphree from Five Senses, Shawn & Christy Hackinson from The Alley on Main, Chantell Kennedy-Shehan and Matthew Joseph from Simply Pure Sweets, Jason Matheson from Primrose Table, and Laura Gossett from Tasty Table.

Tickets are $100 per pair during early bird sales and increases to $150 on Aug. 13. Tickets include dinner for two, cocktails and also a commemorative, handmade ceramic cup.

Downtown on the Farm is supported by these generous sponsors: Contract Management Services, Cultivate

Sponsorships are still available. To sponsor Downtown on the Farm and help a student attend college, contact Locally Owned Murfreesboro at locallyownedboro@gmail.com.

An affiliate of the American Independent Business Alliance, Locally Owned Murfreesboro was formed in 2016.

The nonprofit is an organization of independent local business owners dedicated to promoting the benefits supporting independent businesses to the community and building a stronger local economy by joining together in marketing, government advocacy and networking.