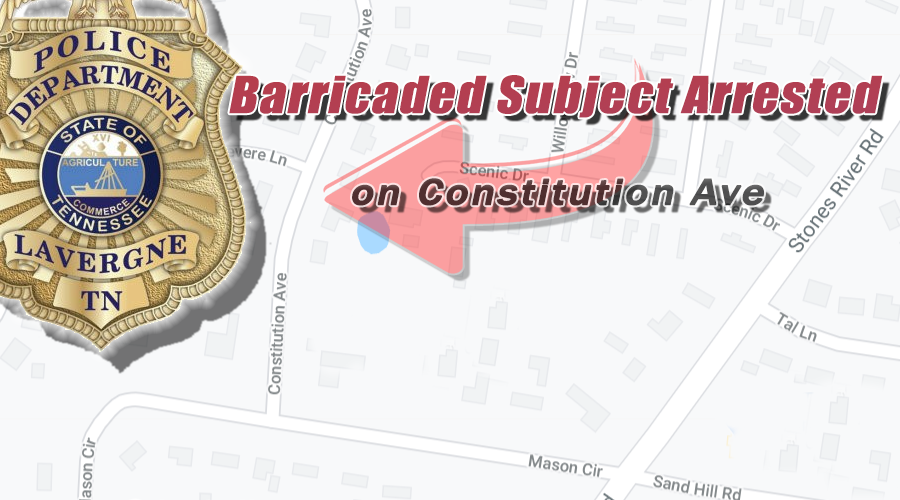 (La Vergne, Tenn) One person barricaded in a house in La Vergne was taken into custody Tuesday morning.

Police were called to the home on Constitution Avenue around 5:00 a.m. after reports that a felony subject was hiding out in the attic. The suspect has been identified as 31-year-old Terrence Starks.

ADVERTISEMENT
Starks was wanted by Tennessee Highway Patrol following a police pursuit last week in Rutherford County. Members of the SWAT team were called to the scene and made entry into the home. Starks was taken into custody without incident thanks to a family member who was able to communicate with him via text message.

He faces charges from THP. Additional charges may be filed by the La Vergne Police Department depending on the outcome of the warrant investigation