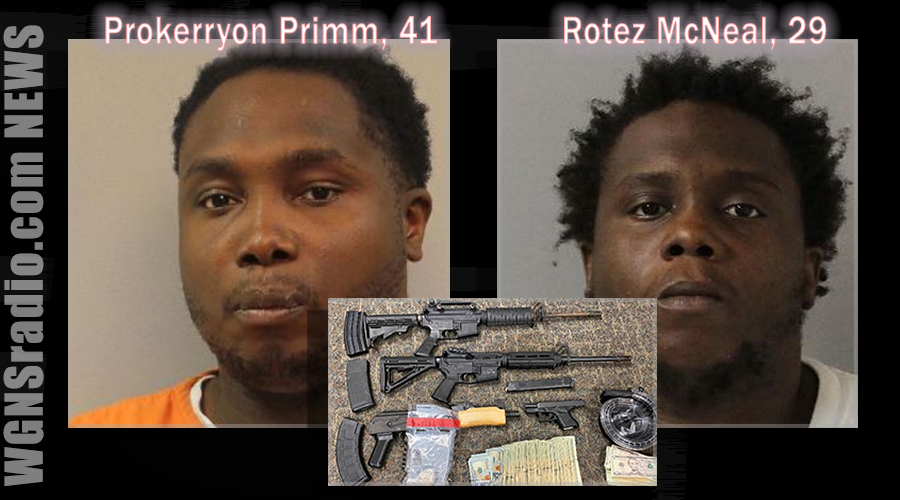 More drugs are off the streets in Middle Tennessee...

Two men suspected of dealing heroin in Nashville and Cheatham County are facing charges in both jurisdictions following the execution of a search warrant at their 240 Haynes Park Drive residence.

ADVERTISEMENT
Prokerryon Primm, 41, and Rotez McNeal, 29, are presently jailed in Ashland City for heroin distribution. In Nashville, warrants have been issued charging them with multiple heroin and unlawful gun possession counts. Seized from the residence today were 33 grams of heroin, two rifles, two pistols, and more than $30,000 cash believed to be the proceeds from heroin sales.

The arrests and seizures are the result of an investigation by the MNPD’s Specialized Investigations Division, the TBI, and the Cheatham County Sheriff’s Office.