From Murfreesboro, TN to the Pacific Ocean - Serving our Country 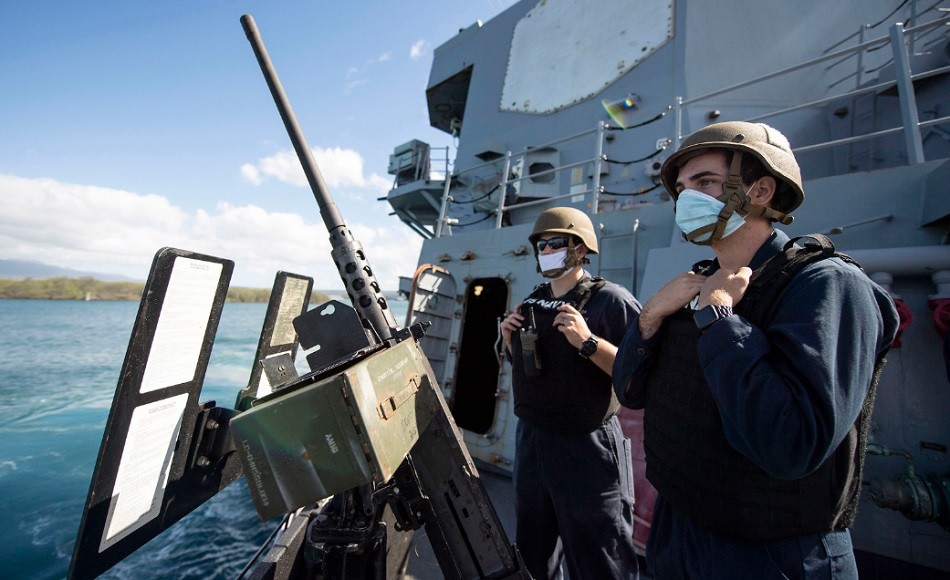 US Navy Gunner’s Mate 2nd Class Benjamin Williams from Murfreesboro is deep in the Pacific Ocean.

One of his duties is to man a .50-caliber machine gun aboard the guided-missile destroyer USS Chung-Hoon (DDG 93).

ADVERTISEMENT
A Gunner’s Mate job is to operate, perform and coordinate maintenance on everything from guns to guided missile launching systems.

The USS Chung-Hoon ship is underway in the Pacific conducting routine operations. The ship was named in honor of Rear Admiral Gordon Pai'ea Chung-Hoon (1910–1979), recipient of the Navy Cross and the Silver Star. The relatively new ship was first launched on January 11, 2003. The homeport for her is in Pearl Harbor, Hawaii.