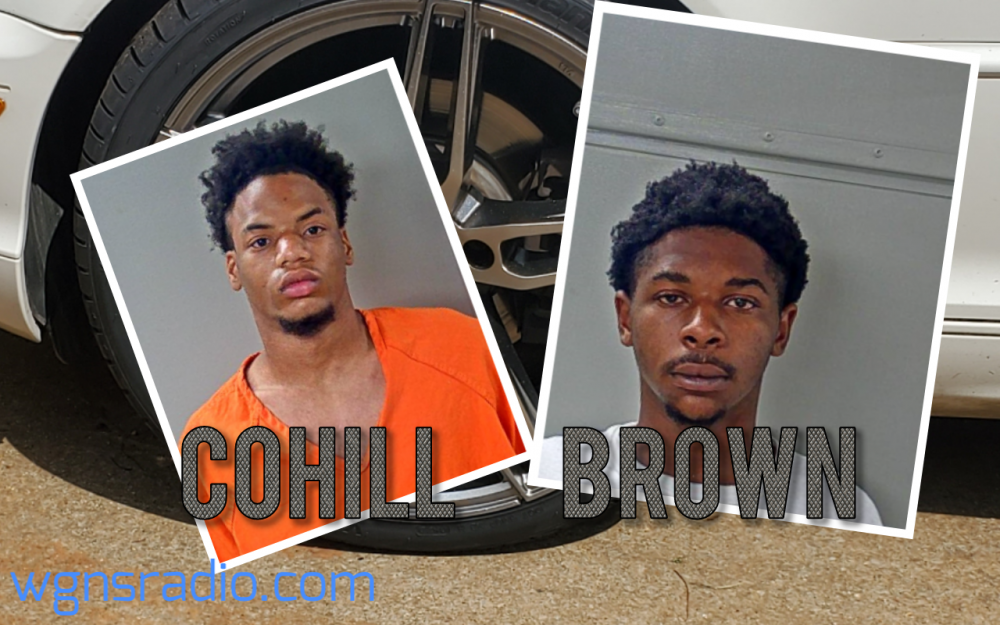 Murfreesboro, TN – What began as a plan for a woman to sell a vehicle through Facebook Marketplace ended in a dangerous carjacking Thursday, July 31.  Two suspects have been arrested.

18-year-old Jeremiah Cohill and 19-year-old Ja’Veon Brown were charged with carjacking, conspiracy to commit carjacking and theft.  Brown is also charged with possession of a firearm in the commission of a dangerous felony.  Both men have also been charged in connection with two other armed robberies that happened during meetings arranged through Facebook Marketplace.

In the latest robbery, the victim listed a vehicle, a 2009 maroon Nissan Altima, for sale on Facebook Marketplace and agreed to meet the potential buyer in the area of Gold Valley Drive and Owasa Trail around 5:06 p.m. last Thursday. The victim’s father rode with the men on a test drive. Once they returned, one man asked to sign the title before paying. Shortly after, one of the suspects took out an AR style pistol, grabbed the keys to the vehicle, and the two suspects took off.

The stolen vehicle was spotted by a Murfreesboro Police Department (MPD) officer at The Grove Apartments, 1320 Journey Dr.  The suspects jumped out and took off running.  One of the suspects was quickly apprehended in a field on Woods Edge Dr.  Rutherford County Sheriff’s Office (RCSO) deputies and a RCSO K9 tracked the other suspect who was later taken into custody.

Cohill and Brown remain in jail at the Rutherford County Adult Detention Center.  Bond for Cohill has been set at $60,000 and $89,500 for Brown.  Both are scheduled to appear in Rutherford County General Sessions Court on Aug. 12.

The front parking lot of MPD headquarters building has been designated as a safe Meet-Up location for online purchases or child custody exchanges.  The parking lot is well-lit and is equipped with surveillance cameras.