In Nashville, Citations were Issued for Non-Mask Compliance 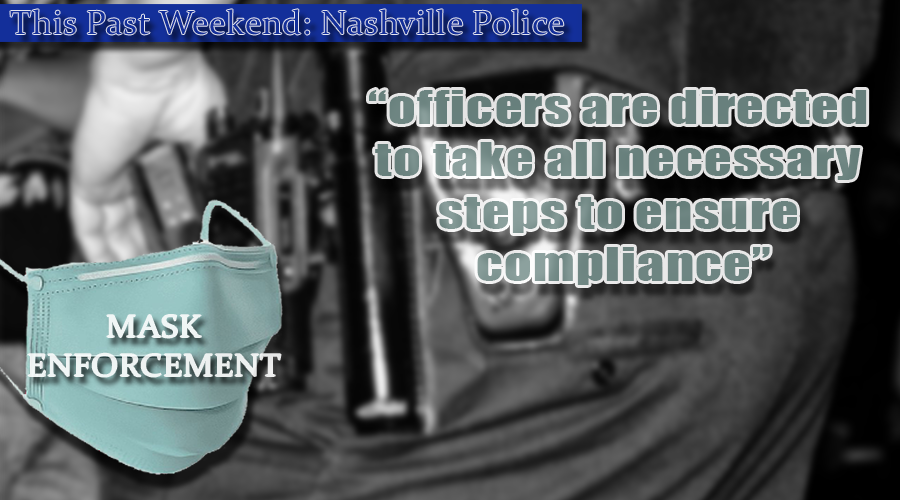 The police department significantly increased its presence on Broadway during the evening and early morning hours over the past weekend. Officers will continue to issue citations to individuals not adhering to the mask requirement.

Officers in Nashville were on foot and riding ATV's over the weekend with the main purpose being mask enforcement. Another aspect of the enforcement included the stopping and citing of any “transpotainment” vehicles operating in violation of the health order. The Davidson County Sheriff’s Office even assisted with their mobile booking vehicle that was parked in Riverfront Park.

Reports indicate there is clear signage on Broadway reminding persons that the mask mandate has the force of law. Persons in violation can receive a Metropolitan Government citation for adjudication in Environmental Court, or a State of Tennessee criminal misdemeanor citation. Under state law, violation of the Health Department’s mask order is a class C misdemeanor.

Absent an authorized exception to the Health Department’s mask order, officers are directed to take all necessary steps to ensure compliance as Nashville works to lessen the spread of COVID-19.

Meanwhile in Murfreesboro, police are focusing on educating the public about the need to wear a mask. MPD Lt. Clayton Williams told WGNS...