Livestock and Pet Owners Should Be Aware of Tick Season 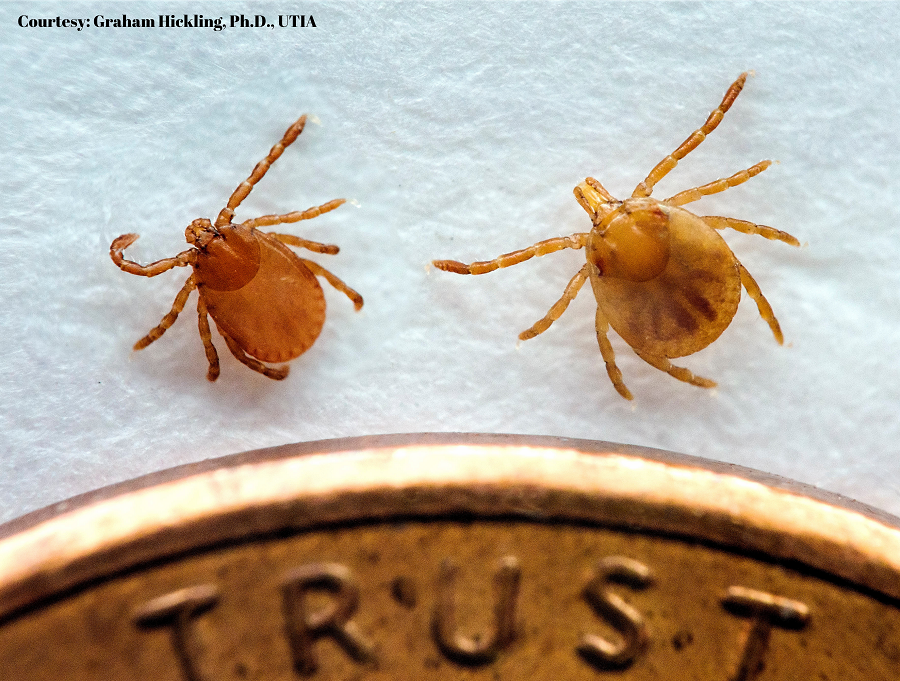 Tick season is in full swing, and the Tennessee Department of Agriculture (TDA) wants citizens to be aware of the potential harm to animals.

Specifically, livestock owners and pet owners should be aware of the Asian longhorned tick (ALT) which appears to be spreading across the state. White and Grainger Counties have joined the list of Tennessee counties with ALT detections, bringing the total to ten counties. Four of which—Cocke, Jefferson, Roane, and Union Counties—have established populations.

TDA and researchers with the University of Tennessee Institute of Agriculture (UTIA) collaborate in a tick-surveillance network to curb the threat of ALT and equip farmers and pet owners with strategies to protect their animals.

“Tennessee has a variety of ticks and the Asian longhorned tick in particular can cause extensive damage to livestock,” Dr. R.T. Trout Fryxell, Associate Professor of Medical and Veterinary Entomology for UTIA, said. “We want to raise awareness about ticks so people will take preventative measures for their animals and know what to do if they find their livestock or pet has a bite.”

The ALT appears to adapt to a variety of temperatures and is known to be active in Tennessee from March until the end of November.

The ticks have been found on pets, livestock, wildlife, and people. The CDC reports that there is no evidence that the tick has transmitted any infectious agent to humans in the U.S., but work in Virginia suggests this tick can transmit Theileria orientalis Ikeda to cattle.

“Asian longhorned ticks pose a threat to livestock and other animals,” State Veterinarian Dr. Samantha Beaty said. “The ability of this tick to transmit diseases endemic to the U.S. is not completely understood. However, this tick is known to transmit anaplasmosis, babesiosis, ehrlichiosis, theileriosis, rickettsiosis as well as several viruses in other parts of the world. Severe infestations can lead to significant blood loss and, in some cases, death.”

Expert tips to prevent tick bites in pets and livestock:

• Coordinate with your veterinarian to apply proper pest prevention on pets and livestock.

• Monitor your animals for any changes in health.

If your animal is bitten by a tick, remove the tick as quickly as possible by pulling from the attachment site of the tick bite with tweezers, place in a ziplock bag, and record the date and location the tick was encountered. Send the sample to your local University of Tennessee Extension office or UTIA for identification.