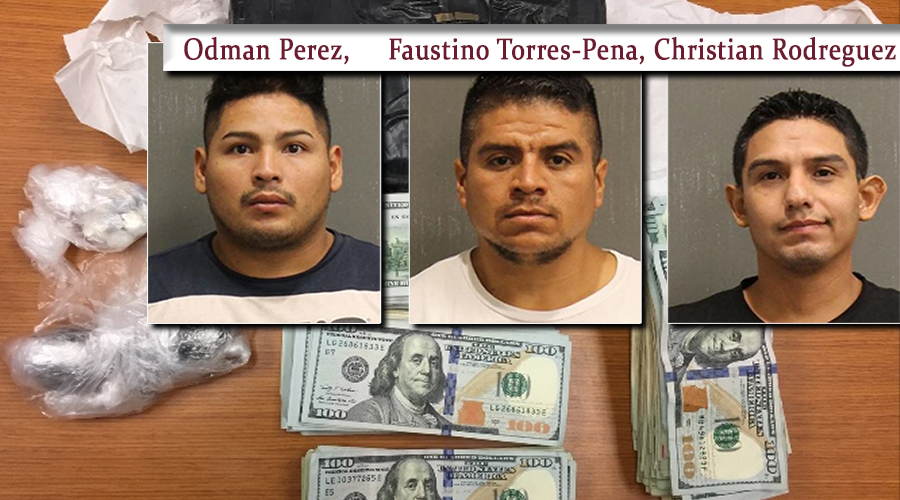 A large amount of heroin is off the streets, thanks to multiple arrests made in Nashville. The arrests should have an impact on heroin sales in not only Davidson County, but Rutherford County as well.

The arrests came after a four-month investigation by Metro-Nashville Crime Suppression Unit detectives. The investigation was focused on heroin sales in the Nashville area. The end result came in on Friday’s seizures of three pounds of heroin, four grams of cocaine, one vehicle, and $25,170 cash.

Odman Perez, 21, Faustino Torres-Pena, 37, and Christian Rodreguez, 34, are each jailed on felony drug possession charges. Perez attempted to sell a kilo of heroin on Friday which resulted in his arrest and the execution of search warrants at the apartment residences of Torres-Pena (600 Whispering Hills Drive) and Rodreguez (4982 Edmondson Pike).

Seized from Rodreguez’s apartment were heroin, drug paraphernalia, and $25,128 cash. Cocaine was also recovered from a truck driven by Torres-Pena. He is free on $40,000 bond.