Tennessee has had 223 Data Breaches, Impacting the Personal Information of 9.6 Million 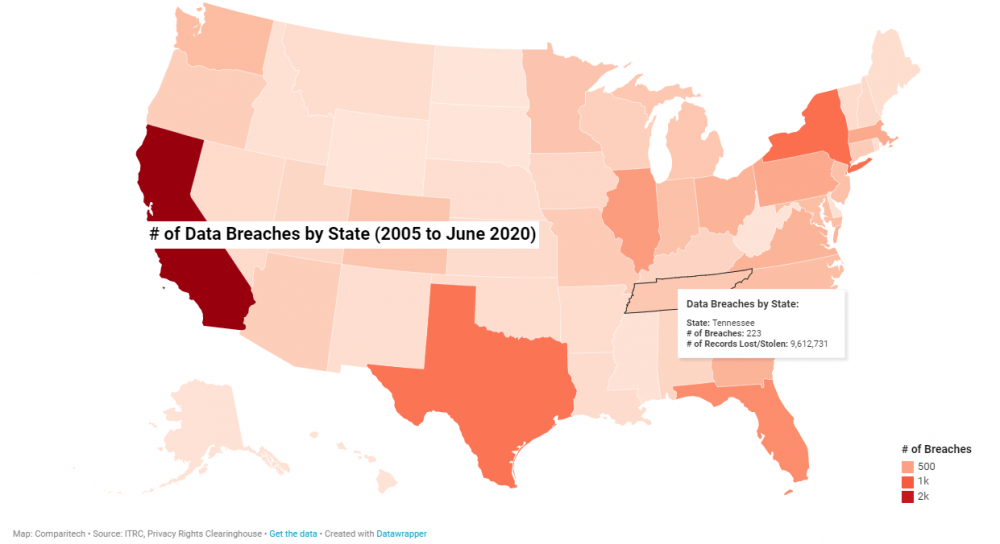 Tennessee has had 223 data breaches affecting 9.6 million user records since 2005, according to a study by CompariTech.com.

Data breaches are common in headlines these days, but they are not equally spread out in terms of location. Data breaches occur far more often in some US states than others, and the number of records lost or stolen varies as well.

The number of those affected by the breach is far different from the number of breaches that occurred.

California for example had 1,777 data breaches since 2005. Those 1,777 breaches put the personal information of 5.6 billion people at risk.

Going back to Tennessee… the number of 223 breaches put the information or data of over 9.6 million people at risk.