Christopher Eubank, 40, and Jeffrey Mathews, 36, are each charged with three separate counts, all Class-A misdemeanors, charging them with violating health orders by hosting a gathering in excess of 25 persons (hundreds of people attended the party), not requiring social distancing, and not requiring face coverings.

ADVERTISEMENT
Eubank and Mathews are both reported to be out of state tonight. They have been told to surrender on the outstanding warrants upon their return to Nashville.

Patrol officers responded to the party late on the night of August 1st and ultimately directed that it cease. SID detectives began their work on this case August 3 and have been in close contact with the Metropolitan Legal Department and the District Attorney’s Office as the investigation proceeded. 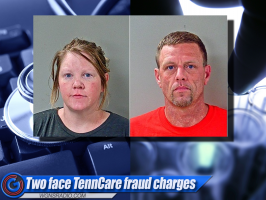