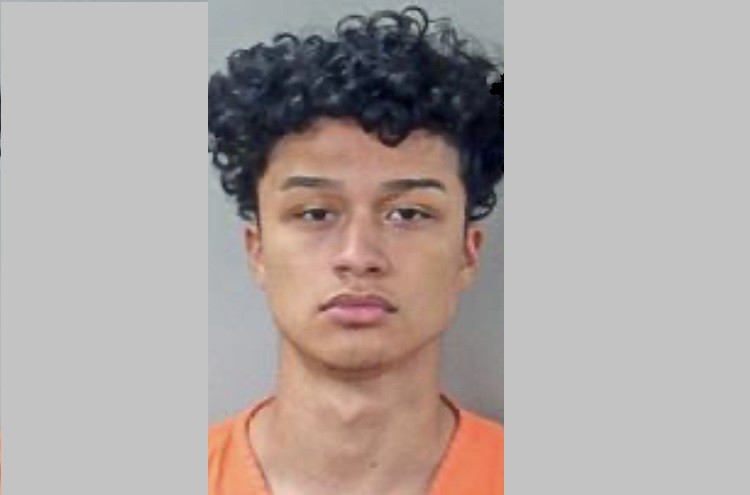 The victim reported being robbed at gunpoint of his cell phone around 1:30 Friday morning as he walked on Thompson Lane between Circle K and Publix a short time earlier. The victim ran to a nearby friend’s home and checked his phone location app.

While talking to police telecommunicators, he gave a description of the vehicle and was able to give officers the car's location as it moved along the roadway.

Immediately, officers spotted the vehicle and attempted to initiate a traffic stop, but the vehicle struck the patrol car. It then fled on Thompson Lane towards NW Broad Street and crashed again near the BP gas station.

The driver fled on foot, leaving his shoes and a handgun near the car.

The search in the area of Thompson Lane and NW Broad Street continued until the suspect was spotted at a local business asking for a ride. The suspect was barefoot and scratched from running through the nearby fields.

He was taken into custody.

19-year-old Xavier Alvarez was arrested on charges of Aggravated Robbery, Aggravated Assault, Evading Arrest, Possession of a Weapon in the Commission of a Felony, Simple Drug Possession and Leaving the Scene of a Property Damage Accident.

Alvarez is currently at the Rutherford County Adult Detention Center with his bond set at $51,000. By the way, there were no injuries in the pursuit and crashes.